Impressed by the trailer was legendary actor Amitabh Bachchan who even expressed his excitement for the film's release in theatres on October 14. 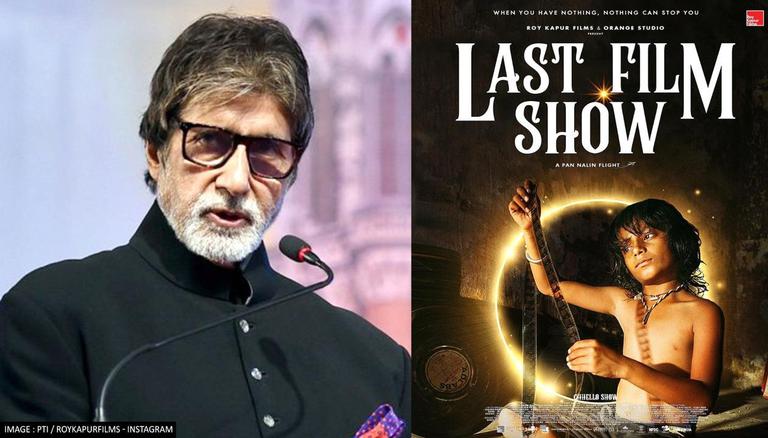 
Gujarati film, Chhello Show, which is titled 'Last Film Show' in English has been unanimously selected by the Film Federation of India as the country's official entry to the Oscars 2023. The film has been selected in the Best International Feature Film category. After the trailer launch, several Bollywood stars are praising the film while congratulating the makers for the achievement.

The coming-of-age film has been directed by Pan Nalin. Recently, megastar Amitabh Bachchan joined the bandwagon of stars and explained how the film tells the story of "our vanishing film heritage."

Within 24 hours of its release, the trailer of the Chhello Show was widely appreciated by fans and celebrities. The movie revolves around a nine-year-old boy who falls in love with cinema after he makes his way into a rundown movie palace and spends the whole summer watching films from the projection booth.

Impressed by the trailer was legendary actor Amitabh Bachchan who even expressed his excitement for the film's release in theatres on October 14. "Chello Show tells the story of our vanishing film heritage. So proud of @FHF_Official’s association with India’s official entry to the Oscars. In cinemas on Oct 14 by @roykapurfilms," the veteran actor wrote on Twitter along with the link to the trailer.

T 4429 - Chello Show tells the story of our vanishing film heritage. So proud of @FHF_Official ’s association with India’s official entry to the Oscars. In cinemas on Oct 14 by @roykapurfilms.

Chhello Show stars Bhavin Rabari, Vikas Bata, Richa Meena, and others in pivotal roles. It is slated to hit the Indian screens on October 14.  The trailer features a young Gujarati boy, named Samay, who falls in love with cinema. Soon after, his father introduces him to the world of cinema, and all Samay wants to do is watch films. To do so, he finds various ways to fulfill his wish which also gets him in trouble with the local police. Despite being branded a thief, Samay finds his way to watching movies and also expresses his wish to study more about it.

The film which managed to generate chatter online after beating RRR in the Oscar race was subjected to claims about being called a copy of the Oscar-winning Italian movie Cinema Paradiso. After the director Pan Nalin, Producer Siddharth Roy Kapur reacted to the claims by mentioning that everyone will have varied opinions on the film as it's a 'subjective medium'. The producer said that people are entitled to their opinions, further stressing that the Chhello Show team will try their best to bring glory to the county.