Amy Jackson has been blessed with the baby boy. She shared snap of the baby and George Panayiotou on Instagram. The couple has named their ‘angel’ Andreas.

It’s a boy! Though this fact was already known, the joy is unparalleled for Amy Jackson as she welcomed her first child with George Panayiotou. After making headlines for her maternity photoshoot, fashion appearances and working out with a baby bump, apart from a gender reveal event, the ‘2.0’ star is a proud mother to an ‘angel’, who they have named Andreas.

Amy took to Instagram on Monday and shared a photograph from the hospital bed where her newborn in her arms while her fiance George Panayiotou plants a kiss on the ecstatic new mother's forehead. The ‘Ekk Tha Deewana’ actor captioned the post, “Our Angel, welcome to the world Andreas.”

It was in March this year that Amy had announced that she was expecting her first child. “I already love you more than anything in this world, the purest most honest love,” wrote Amy on UK's Mother's Day along with a snap of the silhoutte of the couple in an intimate moment while the baby bump was visible. “We can’t wait to meet you our little Libra one,” she had then written. 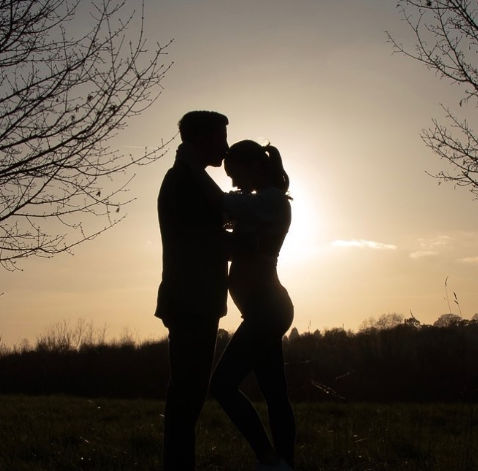 Amy had earlier announced on Instagram that George Panayiotou had proposed to her on New Year. However, they got engaged only in May in a ceremony in London, two months after they announced that they were set to become parents. 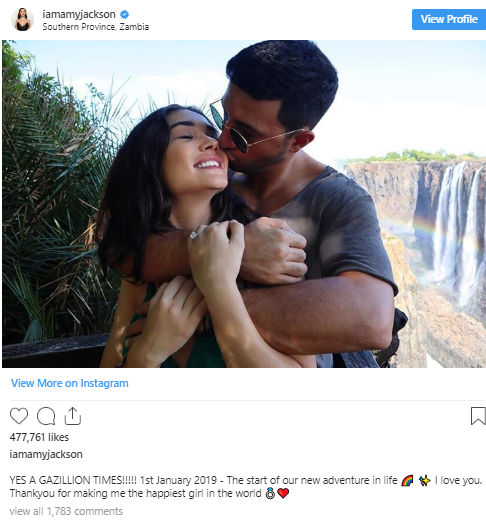 READ:Who Is George Panayiotou, The Man ‘2.0’ Actress Amy Jackson Is Going To Marry?

Since then, making fashion appearances, working out or even a maternity photoshoot had grabbed eyeballs. She had also sent a strong message on embracing one’s body by showing off her baby bump and writing, “Greece!?! Nooo.. the munchkin and I are spending the rest of our Summer in the back garden, waiting for their little appearance! I’m officially in week 33 of pregnancy... Embracing my body and my bump.. stretch marks, weight gain and everything in between.” The actor also shared a video last month at an event where she announced that the baby is a boy, as her near and dear ones cheered.

Amy Jackson last featured in the 2018 hit ‘2.0’ starring Rajinikanth, Akshay Kumar, among others. Amy Jackson’s fiance George Panayiotou is a multimillionaire businessman from UK, who is associated with the real estate and hotel industry.