Joining the list of other rumoured couples who had jetted off to different locations to ring in the New Year were Ananya Panday and Ishaan Khatter. Read on. 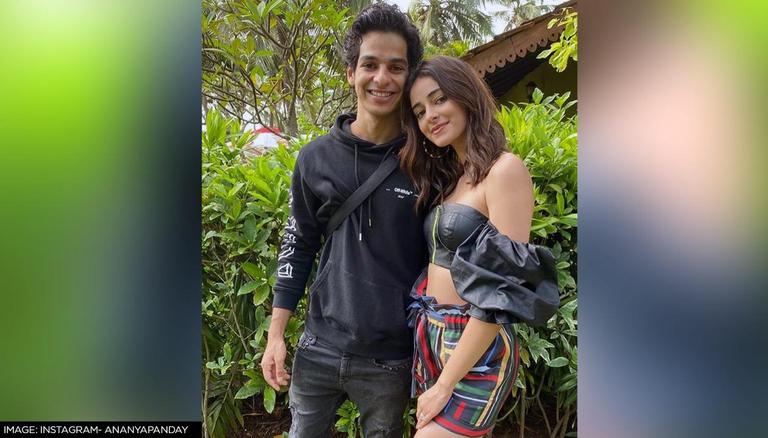 
Joining the list of other rumoured couples who had jetted off to different locations to ring in the New Year were Ananya Panday and Ishaan Khatter. The two who had worked together for the first time in Khaali Peeli had celebrated the New Year in Ranthambore.

After celebrating the joyous day together, the duo was papped returning to Mumbai. In the viral videos, Ananya was spotted in ripped blue denim and an off-white sweater. She completed her look with a yellow tote bag and ankle boots. Ishaan, on the other hand, was dressed casually in a brown t-shirt, white trousers, and a black jacket. He finished off his look with a beanie, sunglasses, and black sneakers.

On New Year’s Eve, Ananya provided a sneak peek at her celebration on her Instagram stories, showing fans the frigid winter nights in the woods at Ranthambore National Park. Ishaan, too, shared a glimpse of a gorgeous landscape that looked almost identical to Ananya’s snapshot. Ishaan and Ananya, who co-starred in Khaali Peeli (2020), have remained shut about their rumoured romance, although the two have pleasant chemistry on and off the set. They had spent New Year’s Eve 2021 in the Maldives. Their film Khaali Peeli revolves around Mumbai-based film action-romantic film was among the few to release in the COVID-19 era.

Meanwhile, on the professional front, Ishaan is looking forward to the release of his next film Phone Bhoot opposite Katrina Kaif, Siddhanth Chaturvedi. He will also be seen in the war drama Pippa alongside Mrunal Thakur. On the other hand, Ananya Panday will next star in Shakun Batra’s next Gehraiyaan, which also features Deepika Padukone and Siddharth. She is also featuring opposite Vijay Devarakonda in Liger. Post returning from the vacay, the actor will resume the final leg of Liger's shooting with Deverakonda. The makers recently completed the shooting in the United States of America. They had shot along with Mike Tyson during the American schedule. Liger is directed by veteran Telugu filmmaker Puri Jagannadh. Liger is gearing for release on August 25, 2022. The title revolves around the combination of tiger and lion, and sums it with the tagline 'saalaa crossbreed.' The film will also release in Tamil, Telugu, Malayalam, and Kannada.