Ananya Panday recently made an interesting revelation about how Shanaya Kapoor was her go-to person when it came to relationship advice. Read more. 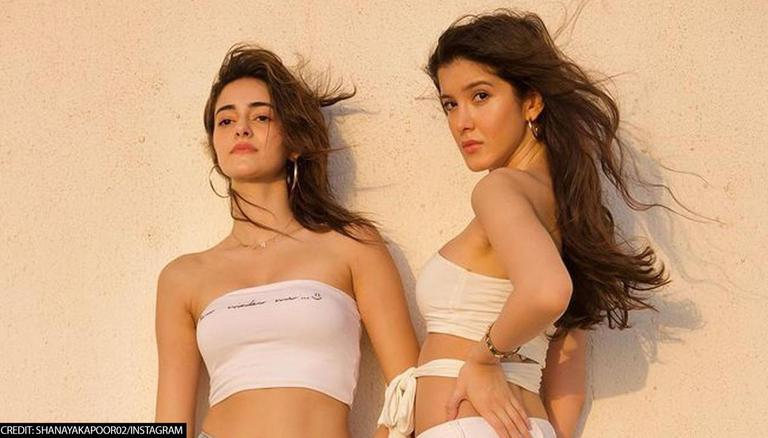 
Feet Up With The Stars is a popular tv show hosted by Anaita Shroff that features some of the well-known celebrities who indulge in fun and quirky conversations. As the latest episode of the show surfaced on the internet, it showcased Pati Patni Aur Woh actor, Ananya Panday who went candid over the relationship she shared with her friend, Shanaya Kapoor. She even revealed the best love advice she received from her and mentioned how she still was a "bad person".

In one of the recent episodes of Feet Up With The Stars, Ananya Panday opened up about how Shanaya Kapoor was her best friend and added how she always goes to her for any relationship advice. She even revealed how she was yet to follow the advice she received from her and quipped by referring to Shanaya as "a bad person."

She said, “She is a very bad person but I still go to her. I don’t know why.” Ananya further mentioned the best advice she received from Shanaya and said, “The best love advice she gave me was to chill and stop acting crazy. But I need to still follow through with that.”

As Ananya Panday, Shanaya Kapoor and Suhana Khan share a special cordial bond with each other,  she referred to them as her "family" and even spoke about how she shared a special connection with Shanaya stating, “For me, mujhe nahi lagta ki meri family sirf chaar logon ki hai. I feel like I have a very big family because I have grown up around Suhana and Shanaya, and we have so many memories together. Even when Shanaya’s mom (Maheep Kapoor) was pregnant with her, I used to lie on her mum’s stomach, so I feel like Shanaya and I have a connection even before she was born.”

During the chat show, Ananya Panday also shared some fun instances from their childhood where she used to play a game called ‘Mother Mother’ in which she and her besties imitated their mothers.

Ananya Panday was last seen in the film, Khaali Peeli in which she was seen opposite Ishaan Khatter and is now gearing up for her upcoming movie, Liger written and directed by Puri Jagannadh. In this romantic sports action film, she will be seen featuring opposite the South Superstar, Vijay Deverakonda. She is also working on an untitled project being directed by the popular filmmaker, Shakun Batra.