Actor Ayushmann Khurrana who was shooting for his next Anubhav Sinha directorial film 'Anek' in Shillong recently wrapped up the Northeastern shooting schedule.

Actor Ayushmann Khurrana who was shooting for his upcoming Anubhav Sinha directorial film Anek in Shillong recently wrapped up the Northeastern shooting schedule. The actor who will be seen playing the role of Joshua took to his Instagram stories and shared videos of celebrations where the entire team can be seen celebrating the wrap-up.

The actor shared a glimpse from the party where a cake was cut with "schedule wrap Anek" written on it. The video further showed the team hooting, partying, and dancing as they cheer in the video followed by Anubhav Sinha. The other videos showed the Bala actor too rejoicing and celebrating the moment together with the team. The actor who is quite active on social media is often seen sharing pictures from the shooting sets while giving a glimpse of his preparations for the film. 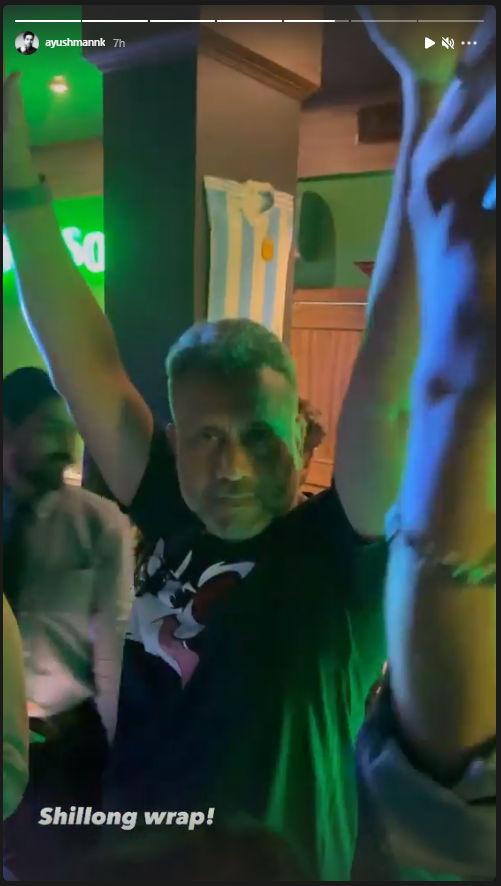 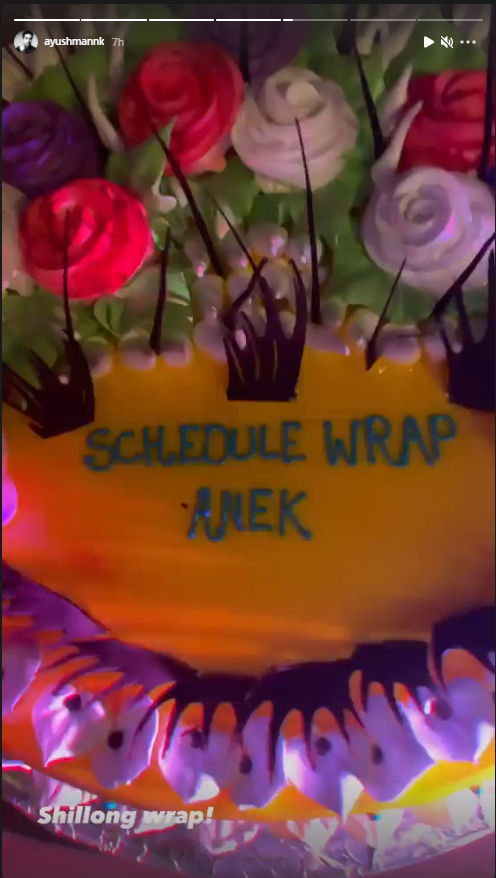 Earlier, he shared pictures from the night shoots of the film where the actor explained his emotions of shooting in the extreme chilling cold weather of Shillong. Ayushman has been shooting for his movie Anek in Meghalaya since the beginning of the year, 2021. The movie is helmed by director Anubhav Sinha and produced under his banner Anubhav Sinha Productions Pvt Ltd. Anek will be releasing across theatres on September 17, 2021. Anek will mark Ayushmann Khurrana and Anubhav Sinha's second movie together after Article 15.

READ | Ayushmann Khurrana is all hearts as he pays tribute to Dilip Kumar, says 'Yusuf Saab'