Jeremy Renner aka Marvel's Hawkeye recently visited India and as per reports, he shot with actor Anil Kapoor for former's Disney+ series Rennervations in Alwar, Rajasthan. Now, on May 23, the Thar actor took to his social media space and shared some glimpses from Renner’s recent visit to India. The Avengers: Endgame star left the country on Sunday morning as he shared a picture on Instagram and penned a gratitude note for his Indian crew.

Taking to his Instagram handle on Monday, Anil Kapoor shared some glimpses from Jeremy Renner’s recent visit to India. The videos shared by Kapoor see both the stars stepping out of the car to witness fans waving at them. A member from Jeremy's team exclaimed that it was crazy, while the Marvel star waved back at his fans. 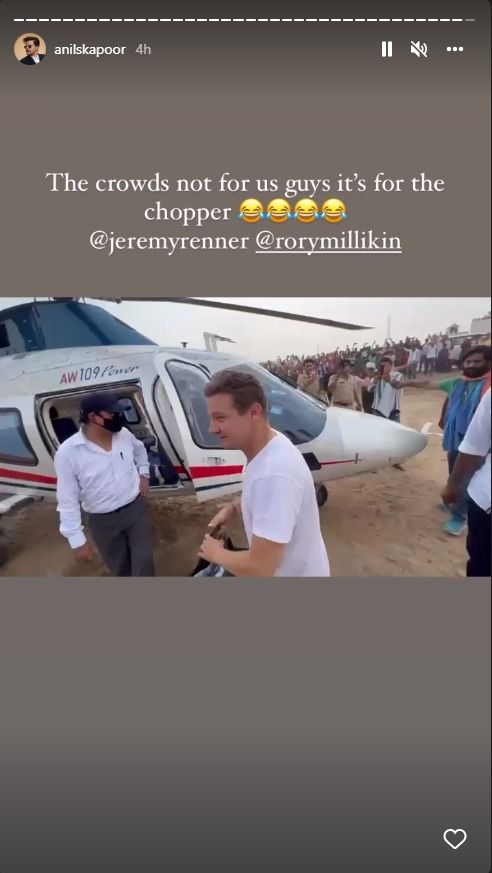 Anil then looked into the camera and joked, "Villagers are here to see the chopper, not me or Jeremy". The Jug Jugg Jeeyo actor captioned the video, "The crowds not for us guys it’s for the chopper". 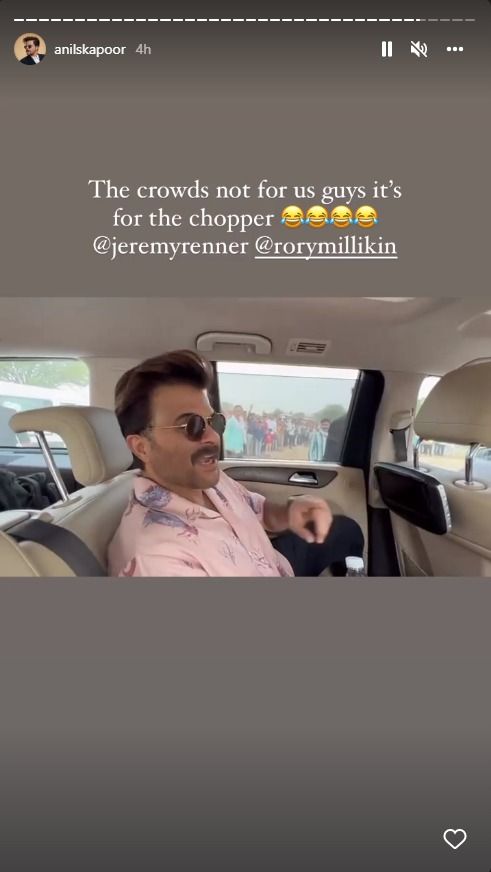 On Friday, Jeremy Renner posted a picture of himself sitting on the driver's seat of a truck as he thanked the 'crew in India' for being so supportive. He captioned it, "Thank you to our amazing crew here in India who worked so hard with us to get this job done! Can’t wait to share what we’ve been doing #rennervation #garage #india #delhi."

The development came a few days after some fan accounts posted pictures and videos of Anil Kapoor and Jeremy shooting together in Rajasthan. A pic shared by a netizen sees the Thar actor and Renner standing together as they are surrounded by people with school children also playing in the same playground. In other videos and pictures from the shoot, both actors were shooting at what appeared to be a school with netizens speculating if Kapoor is joining the Disney universe.

Apart from this, the Hollywood icon also posted a video on his Instagram stories where he was seen waving to cheering fans in a rural setting in the desert. “Thank you all,” he wrote along with folded hands and heart emojis.

READ | Jeremy Renner to star in new biopic based on the 2016 US Opioid Epidemic; Details inside