Anupam Kher is all set to deliver the 522nd film of his career in the upcoming Tamil drama flick 'Connect'. The movie also stars Nayanthara. 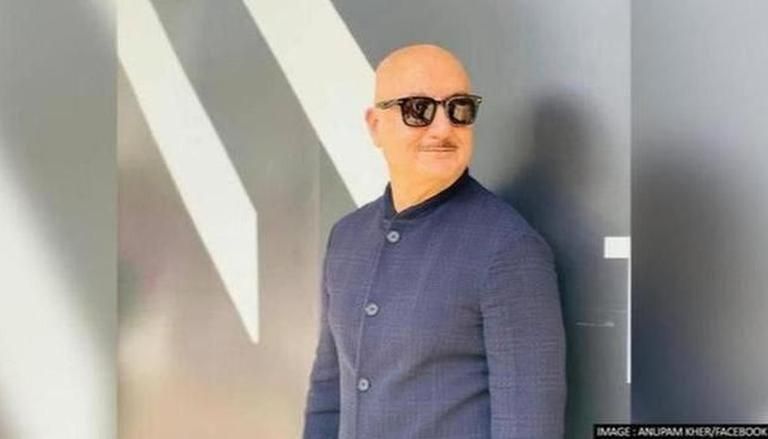 
Touted as one of the most prominent figures in the Indian film industry, Anupam Kher is all set to appear in the 522nd film of his career titled Connect. The upcoming Tamil drama features the Lady Superstar of the South film industry Nayanthara and is helmed by Ashwin Saravanan. Talking about the same, the actor shared his new poster from the movie and penned a special note for the team of Connect.

Taking to his Instagram on November 24, the 66-year-old actor shared his look from the forthcoming Tamil drama Connect. The dark-themed poster shows the actor donning the avatar of a priest as he is seen holding an apprehensive expression. The poster reads 'Welcome aboard Anupam Kher'.

Kher further shared pictures of himself on the sets of the movie where he is seen posing with filmmaker Vignesh Shivan and the rest of the team. The team celebrated the veteran actor joining their team with a cake-cutting ceremony. He thanked the team of Connect for the warm welcome as he wrote in the caption, ''Thank you dearest #Nayanthara #VigneshShivan @ashwin.saravanan and everybody at the @therowdypictures and everyone for your love and appreciation.''

He also announced that it was his 522nd movie by writing, ''I loved being part of #Connect and working with such a talented team. See you in the theatres! My 522nd film!! Jai Ho!! 😎🙏🌺 #TamilFilm'' The movie will also feature seasoned actor Sathyaraj. On the other hand, Rowdy Pictures wrote on their Instagram, ''Rowdy_Pictures is Honoured and thrilled to have Mr. @AnupamPKher on board!''

The movie was announced by the makers on their official Twitter as they wrote, ''Here’s the announcement you’ve been waiting for! Presenting to you the first look of #Connect on this very special day. Here’s the first call of Lady superstar Nayanthara’s #Connect. It’s a “sound story” that’s meant to be experienced through headphones.''

In terms of upcoming movies, the actor is gearing up for the release of The Kashmir Files which is directed by Vivek Agnihotri and also stars Mithun Chakraborty. He is currently busy filming for the upcoming film Uunchai.