Taapsee Pannu's #WhyTheGap post gets a hilarious response from friend filmmaker Anurag Kashyap. He teased Taapsee as she shared her race-winning School picture.

Bollywood actor Taapsee Pannu recently took to social media and shared a throwback picture advocating for children who are deprived of basic rights. The actress took to Instagram and shared a picture from a sports event at her school where she attained the first prize.

In the post, Taapsee Pannu talked about how she managed to attain the feat because she was supported by her family and encouraged by her teachers. Saying the same, she highlighted how still thousands of children in the country are deprived of the support which would have encouraged them to peruse their dreams.

READ | Sara Ali Khan Was Asked For A Selfie By Kids, Her Gesture Wins Hearts

Anurag Kashyap and Taapsee Pannu who has worked in a number of films together are literally industry BFFs. May it be social media trolls on mental support, the two has always got each other's back. After their recent collaborations in 'Manmarziyaan' and 'Game Over',  Anurag Kashyap & Taapsee Pannu joined hands yet again for their upcoming venture 'Saand Ki Aankh' which will also star Bhumi Pendakar in the lead. The film directed by Tushar Hiranandani is produced by Anurag Kashyap and is scheduled for an October 25 release.

Meanwhile, actor Vicky Kaushal who starred alongside Taapsee in Anurag Kashyap's 'Manmarziyaan' also teased the actress in the comment section of the post. He commented on the post saying, "Pakka do chaar ko dhakka zaroor maara hoga" to which Taapse replied saying that he is a fair player. 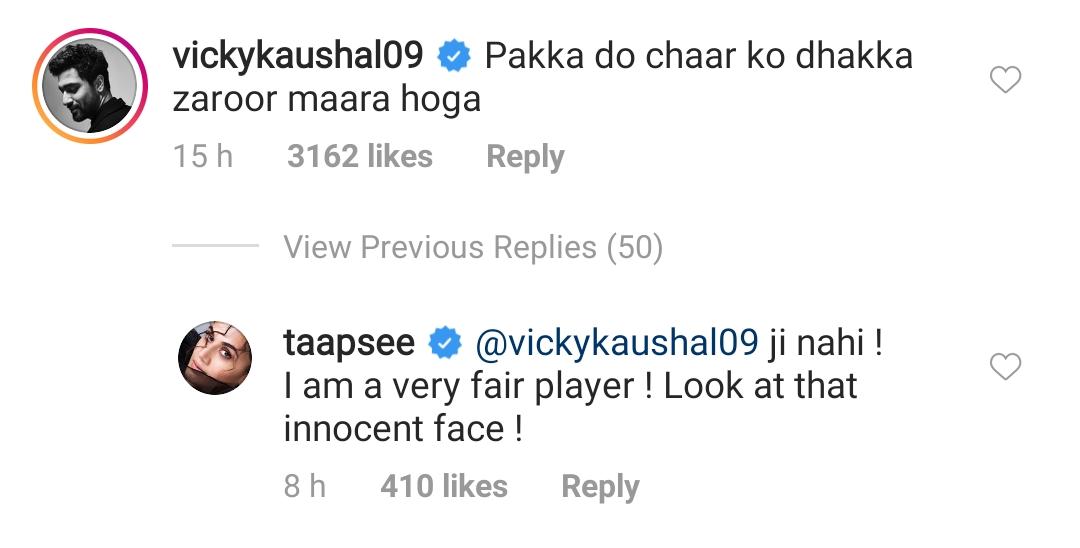 The #WhyTheGap campaign was initiated on social media to raise awareness about thousands of deprived children in society. Several Bollywood stars including Akshay Kumar, Dia Mirza, Twinkle Khanna, and others have joined the campaign to advocate for deprived children. Taapsee was nominated for the same by her 'Mission Mangal' co-star Akshay Kumar on Tuesday.