Anushka Sharma has been spending time with her husband amid lockdown. The actor recently shared a picture with a friend that reminds her fans of the good days.

Anushka Sharma has been using her quarantine by spending quality time with beau Virat Kohli. From trying new Instagram challenges to taking goofy selfies, Anushka Sharma has been doing several things to keep herself busy. Recently, the actor shared a picture with her friend and it totally reminds her fans of the time when social distancing wasn’t a thing. 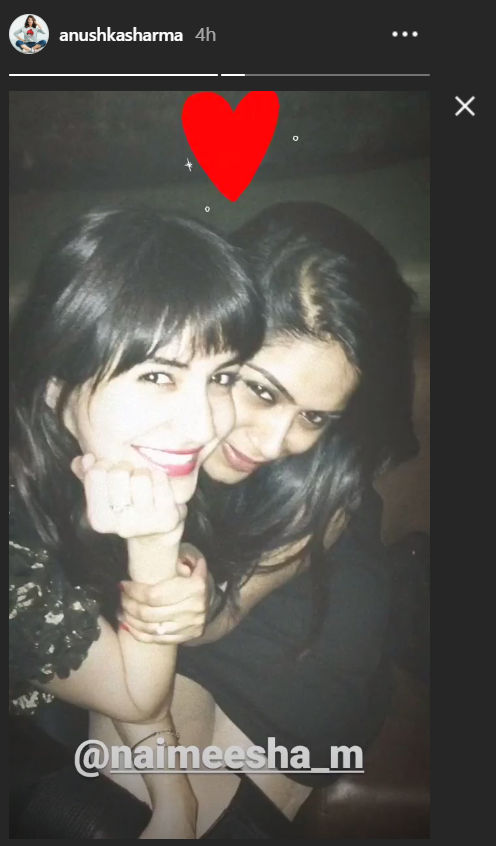 Earlier on Wednesday, Anushka Sharma and Virat Kohli shared the news of the demise of their pet dog, Bruno. The celebrity couple took to their social media handles and shared pictures with Bruno. Virat Kohli in his post wrote that Bruno had graced their lives with love for 11 years but made a connection of a lifetime with everyone around him. The post that Anushka Sharma shared was an adorable picture where Bruno can be seen relaxing with the couple. In her post, she wrote, “Bruno. RIP.”

PEOPLE HAVE PLEDGED SO FAR
LATEST NEWS
View all
2 hours ago
Akshay Kumar leads 'atmanirbhar' India to step out and work, advises precautions; Watch
5 hours ago
'Bored? What's that?' asks Milind Soman amid lockdown, says 'boredom is a choice we make'
5 hours ago
Varun Dhawan sings 'Humsafar' in throwback video, Alia Bhatt bursts into laughter
6 hours ago
Sunil Grover apologizes to 'Mother Nature' for past deeds, says 'will behave in future'
7 hours ago
Kangana Ranaut poses for a pic with sister Rangoli in her new house; Check out