As Anushka Sharma flaunted her tan with her glammed-up look, her cricketer husband Virat Kohli and several film industry colleagues went gaga over her style. 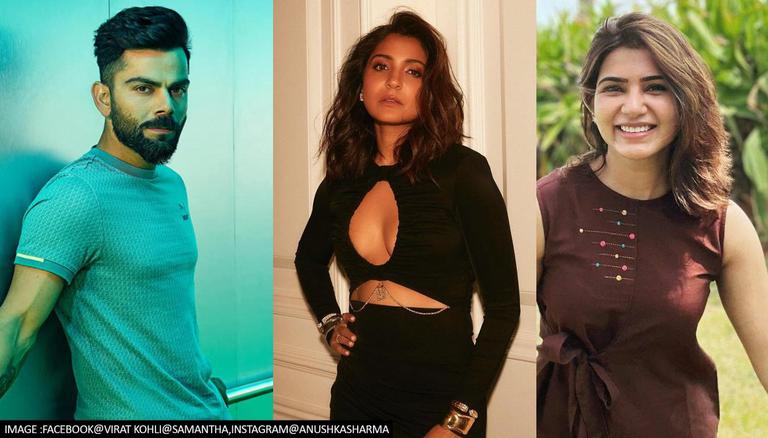 
Bollywood diva Anushka Sharma recently made heads turn as she attended a Bollywood party in Mumbai. The actor went for a black cutout dress for the red carpet of the star-studded event. While the actor flaunted her tan with her glammed-up look, her cricketer husband Virat Kohli and several film industry colleagues went gaga over her style.

Taking to her Instagram handle, Anushka Sharma recently dropped some stunning pictures of her black outfit look from a Bollywood party. The actor wore a gorgeous black full-sleeved cutout dress with a chain accent in the front. The dress also had a knee-high slit and some elastic detailing. Anushka Sharma accessorised her look with a pair of golden earrings and a bracelet. She went for brown makeup and left her locks open. The Rab Ne Bana Di Jodi star wrapped up her look with a pair of golden earrings.

Sharing the photos, Anushka Sharma captioned the post, "Two hours past my bedtime but looking fine." The actor certainly took the internet by storm with her stunning pictures and also left her husband Virat Kohli going gaga over her glammed-up look. Reacting to the photos, Virat Kohli wrote, "Wow," with a series of heart-eyed and red heart emojis. South star Samantha Ruth Prabhu went "Ooooo la la" seeing Anushka's pictures. Dia Mirza, Rhea Kapoor and many other celebs also sent the actor their love. Arjun Kapoor, who shares a close bond with Anushka, wrote, "Where's the accessory we Spoke about???" 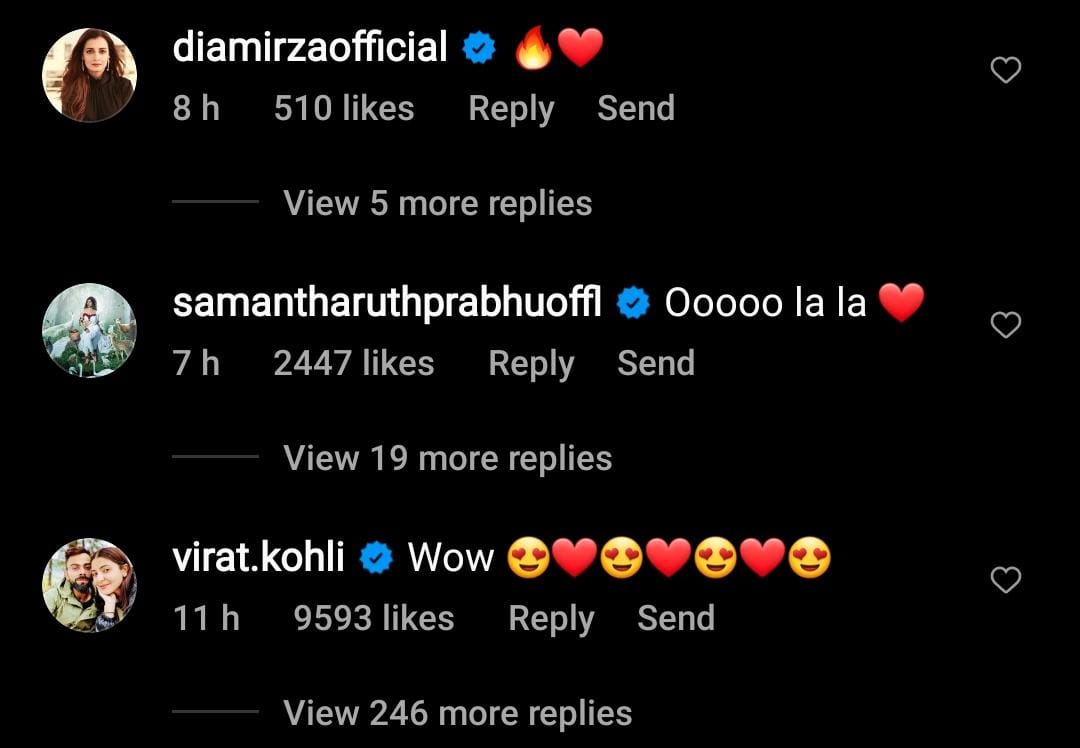 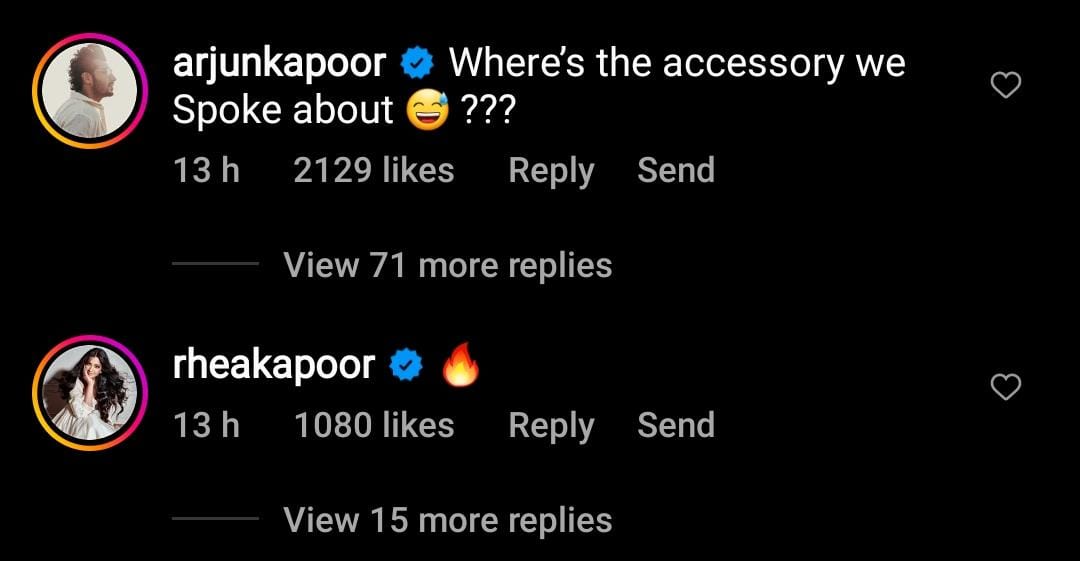 Anushka Sharma is currently prepping for her upcoming film Chakda Xpress. The Netflix movie is a sports drama biopic, based on the life of former Indian women's cricket team skipper Jhulan Goswami. Anushka Sharma has been rigorously training for the film and often shares glimpses of her cricket sessions on Instagram.

The actor recently shared a picture of her flaunting her tan from her cricket lesson. In the caption, the actor joked about how she did not play cricket in school and has to work extremely hard now. She wrote, "Kaash bachpan mein kuch to cricket khela hota, toh aaj haalat aisi na hoti." 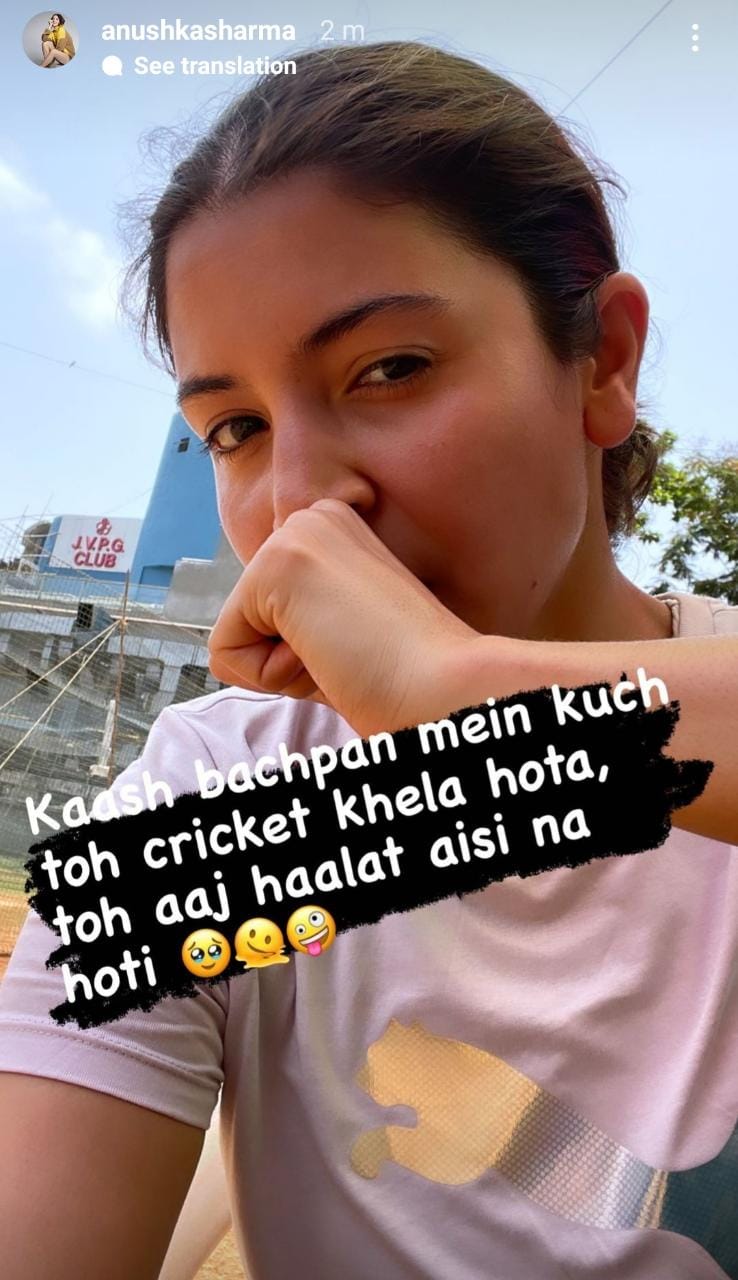