Aparshakti Khurana took to his Instagram and dropped a poster of 'The Family Man 2'. He expressed his excitement and said that he is looking forward to watch it 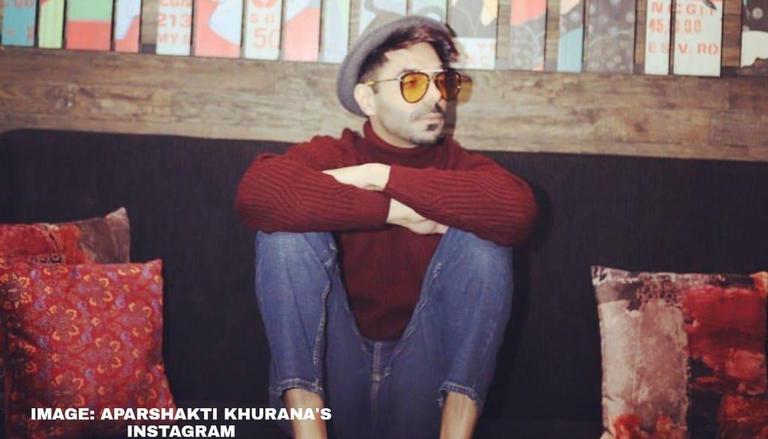 
On May 18, 2021, Aparshakti Khurana took to his official Instagram handle and reposted the poster of the upcoming thriller show, The Family Man 2. Sharing the poster, the Bollywood actor and anchor expressed his excitement and further tagged the cast members of the show. He wrote that he is looking forward to watching the show. It was only recently that The Family Man 2 release date of the trailer was announced as May 19, 2021, at 9 am on Amazon Prime Video. 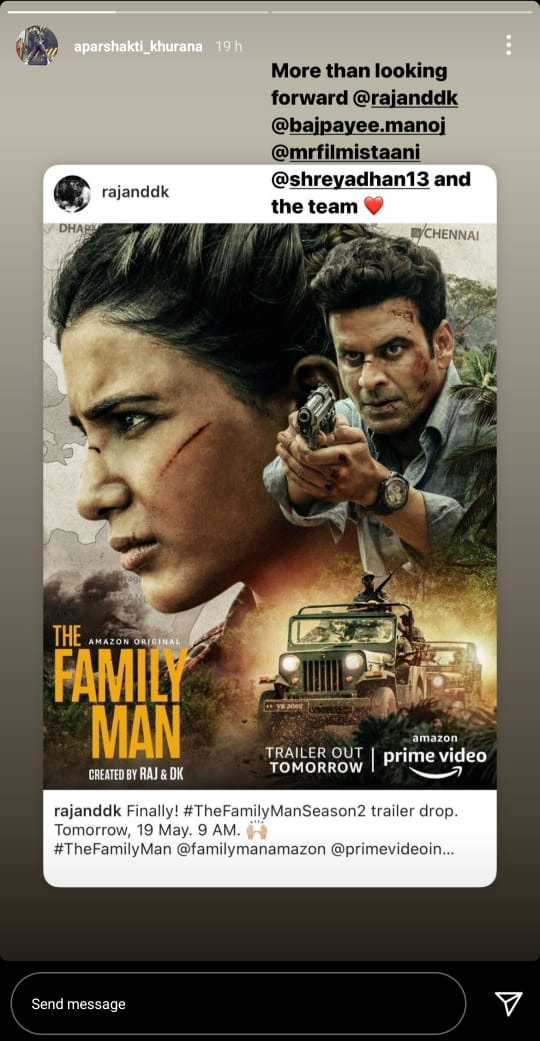 Sharing the poster, Aparshakti captioned it, "More than looking forward @rajanddk @bajpayee.manoj @mrfilmistaani @shreyadhan13 and the team" with a red heart. On May 18, 2021, Manoj Bajpayee, Samantha Akkineni, and the official team of Amazon Prime Video took to their official Twitter handles and announced The Family Man 2 release date of the trailer on the OTT platform. Manoj Bajpayee wrote that 'their excitement level is 11/10' as announced the release date of the trailer on Amazon Prime Video.

The Family Man is an action-drama web series that focuses on the life of a middle-class man, Srikant. He works for a special cell of the National Investigation Agency (NIA). The web series explores Srikant's struggles to strike a balance between his secretive, low-paying, and high pressured job and being a husband and a father. The first season of the series was released in the month of September 2019. It also features Priyamani, Sharib Hashmi, Neeraj Madhav, Pawan Chopra, Kishore Kumar G., Sharad Kelkar, Gul Panag, Shreya Dhanwanthary, and Sundeep Kishan. The second season will also star Seema Biswas, Darshan Kumar, Sunny Hinduja, Shahab Ali, Vedant Sinha, and Mahek Thakur, along with Mime Gopi, Ravindra Vijay, Devadarshini Chetan, Anandsami, and N Alagamperumal.

Meanwhile, Aparshakti made his acting debut with Dangal in the year 2016. He starred along with Fatima Sana Shaikh and Sanya Malhotra. He then appeared in Badrinath Ki Dulhania in 2017, Happy Phirr Bhag Jayegi in 2018, Stree, Netflix's Rajma Chawal, and Street Dancer. He will next be seen in Helmet.

A sneak-peek into Aparshakti Khurana's photos