Aparshakti Khurana To Ajay Devgn, Actors That Will Venture Into OTT Space In 2022

Bollywood actors including Ajay Devgn, Juhi Chawla, Aparshakti Khurana, Madhuri Dixit Nene and others are currently gearing up to make their OTT debut in 2022. 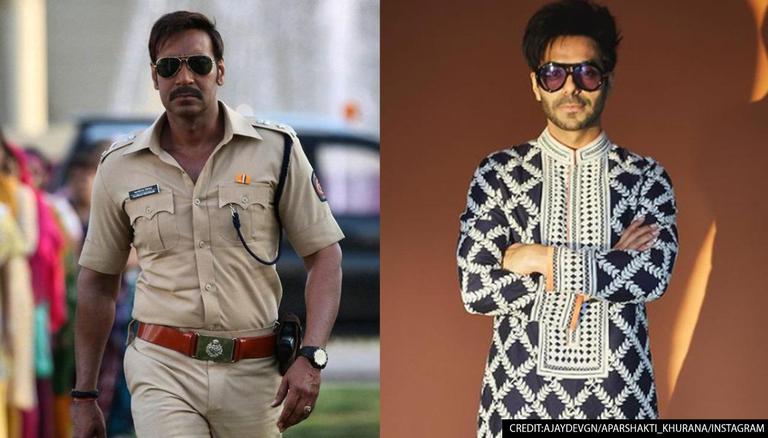 
With the popularity of online streaming platforms only increasing as the days go by, there are several Bollywood celebrities who are now gearing up to make their debuts on various OTT platforms in 2022. Right from Ajay Devgn and Juhi Chawla to Madhuri Dixit Nene and Aparshakti Khurana, fans wait eagerly for their favourite actors' series and films to release online. The upcoming projects of famous celebrities span across multiple genres and fans can be assured that there is something for everyone.

Aparshakti Khurana rose to fame with his roles in projects like Stree and will soon be seen on the digital screen. He is all set to star in Stardust, a web series helmed by Vikramaditya Motwane. The show will take a fictional look at the Indian film industry from 1947 to 1989 and will focus on the rivalry between two celebrities. It will also see Prosenjit Chatterjee and Aditi Rao Hydari in pivotal roles.

The actor will soon mark her OTT debut with Netflix's Finding Anamika. Dixit's upcoming project will see her take on the role of a global star, who suddenly disappears into thin air. The quest to trace her footsteps and locate her leads to some hidden secrets and a web of lies to come out in the open.

READ | Will Shahid Kapoor's 'Jersey' opt for OTT release instead of a theatrical one? Read here

The actor known for his roles in Malang, Daawat-e-Ishq, Fitoor and others, will soon be seen dominating the digital space as well. He is all set for his 2022 release, which will be the Hindi adaptation of the critically acclaimed show The Night Manager, which has also been the recipient of a Golden Globe. He will most likely take on the role Tom Hiddleston played in the hit series.

Devgn is currently gearing up to venture into the world of OTT too and will do so with Rudra: The Edge of Darkness. The series will be released via Disney+Hotstar in 2022 and fans await an exact release date. The show will see Ajay Devgn play the role of a police officer in the upcoming crime thriller and will star opposite Esha Deol.

The actor is all set to appear on Amazon Prime Video's Hush Hush, which will release in 2022. She will be joined by an all-female cast for her OTT debut including Ayesha Jhulka, Soha Ali Khan, Kritika Kamra, Karishma Tanna, Shahana Goswami and others. Touted to be a thriller drama, its teaser was released on the occasion of woman's day.

Known for his popular films like Kabir Singh, Jab We Met, Haider and others, the actor is now all set to embark on an all-new journey as he ventures into the OTT space. He will soon be seen in the director duo Raj and DK's next project, which is yet to be titled and will release online. Kapoor is currently gearing up for the release of his sports drama Jersey, whose release date was pushed back owing to the rising COVID cases across the country.

The actor will soon be seen in Amazon Prime Video's series titled Fallen, in which she will take on the role of a police officer. Helmed by Reema Kagti, the show will also see Gulshan Devaiah, Vijay Varma and others take on pivotal roles. Sinha will essay the role of Anjali Bhaati in the cop drama, and fans can't wait to see her in this all-new avatar.