Taking to Instagram, Arslan Goni shared a selfie with his rumoured girlfriend Sussanne Khan on her birthday. He also called her his "darling". Take a look - 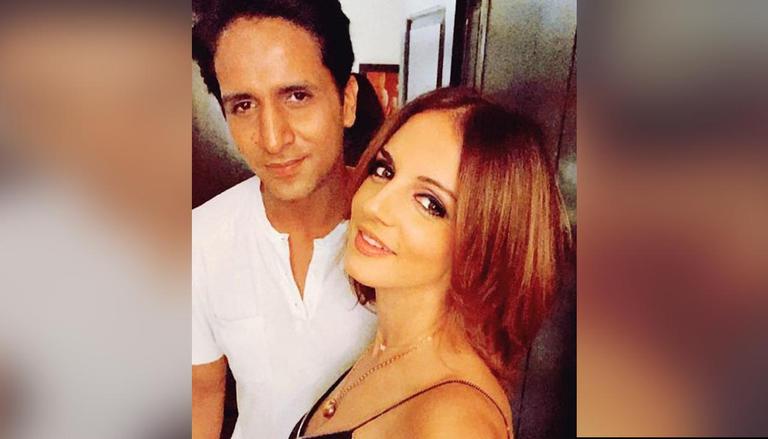 
Hrithik Roshan's ex-wife and designer Sussanne Khan rang into her 43rd birthday on October 26, 2021. Warm and heartfelt birthday wishes showered on Sussanne from all around the industry. However, it was her rumoured boyfriend Arslan Goni's wish which caught the attention of her fans. Sharing a selfie, Arslan Goni wished his "darling" a happy birthday. In return, Sussanne also called the actor her "everything", leaving fans wondering if they are Instagram official now.

Taking to Instagram, Arslan Goni shared a selfie with his rumoured girlfriend, Sussanne Khan. In the photo, Sussanne stunned in a black sleeveless outfit, while Arslan Goni wore a white t-shirt. Sharing the photo, Arslan showered Sussanne with love and wished her an "amazing" life. He wrote, "Happy happy birthday darling …… I pray you have a great year and an amazing life …. The best heart I have come across in my life. ♥️♥️♥️♥️and this is a great picture. May god shower you with everything you want. Lots and lots of love.", he wrote. The actor also added a series of kiss and heart emoticons. Sussanne Khan reacted to her birthday wish and called her rumoured beau her "everything". She wrote, "Thank you thank you thank uuuu.. n thank u for my ‘Everything’". Sussanne also added several red heart emojis with her reply.

This is not the first time the rumoured couple were spotted together on Arslan Goni's Instagram profile. Earlier this year, Arslan Goni shared a group photo, featuring Ekta Kapoor, Sussanne Khan, Aditya Seal, Ridhi Dogra, and several other celebrities. While everyone smiled at the camera, Sussanne Khan posed with her arm around Arslan Goni. Arslan captioned the photo "Fryday night ..... happy people find each other". Sussanne reacted to the post with a hug and smiling emojis.

Sussanne Khan was earlier married to Bollywood star Hrithik Roshan. The two tied the knot in 2000 and later parted ways in 2014. They are parents to their two sons, Hrehaan and Hridaan.

How did Arslan Goni and Sussanne Khan meet?

Actor Arslan Goni is television actor Aly Goni's brother. He was last seen in the series Mai Hero Boll Raha Hu, alongside Parth Samthaan, Danish Hussain, and Patralekhaa. The show was produced by Ekta Kapoor and streamed on Zee5 and AltBalaji. Arslan Goni and Sussanne Khan reportedly met through mutual friends some time ago. They are often seen spending time together with their industry friends.

READ | Sussanne Khan says 'We are all in the same game'; Arslan Goni reacts with an emoji