Arjun Kapoor Gets Tattooed But It's Not What Netizens Think, Anushka Sharma Impressed

Arjun Kapoor flaunts his brand new tattoo with a stunning video and pictures. Take a look -

With films like 'Panipat', 'Sandeep Aur Pinky Faraar', actor Arjun Kapoor says he is in the best phase of his career as he is 'finally' playing mature characters.

After impressing fans and critics with his last outing 'India's Most Wanted', the actor has now put up a video of him getting tattooed for the second time. And no, it's not what you think it is. Arjun has tattooed a latin saying 'Per Ardua Ad Astra', which means 'From adversity to the stars'

The tatoo in Latin was inked by Savio D'Silva, an illustrator and animator from Sir JJ School of Art Mumbai. Arjun took to his Instagram handle and flaunted the tattoo with some stunning pictures and also posted the video of getting it done. And guess what? Malaika Arora 'liked' the pictures and actress Anushka Sharma was left impressed.

Yes that’s my second tattoo and it means : From adversity to the stars. I’d been wanting to get another tattoo for a long time.. This one took a while to figure because honestly it had to mean something very special.. And after a lot of back & forth and thinking and over thinking, I finally got this done! Courtesy - @saviodsilvasfineartstudio

Per Ardua Ad Astra - From adversity to the stars. Finally got my second tattoo! Courtesy - @saviodsilvasfineartstudio 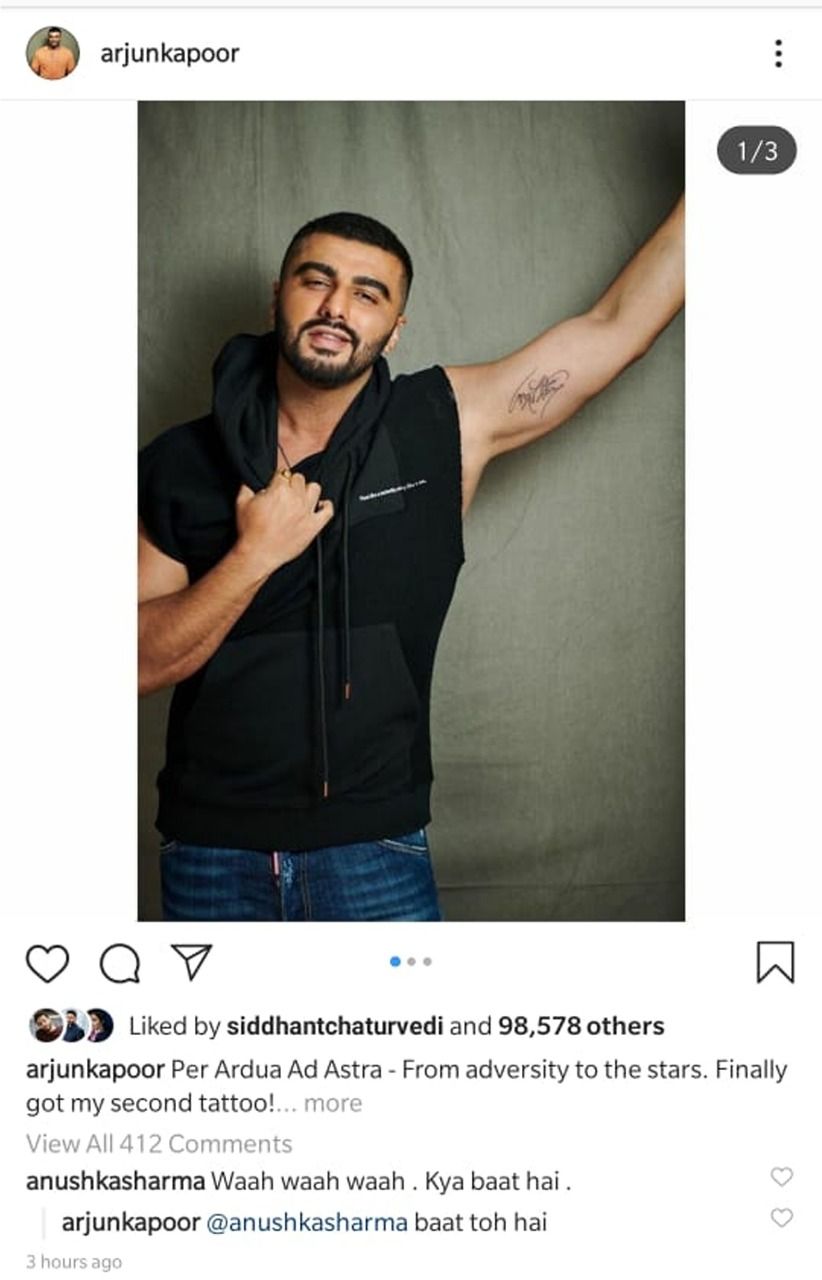 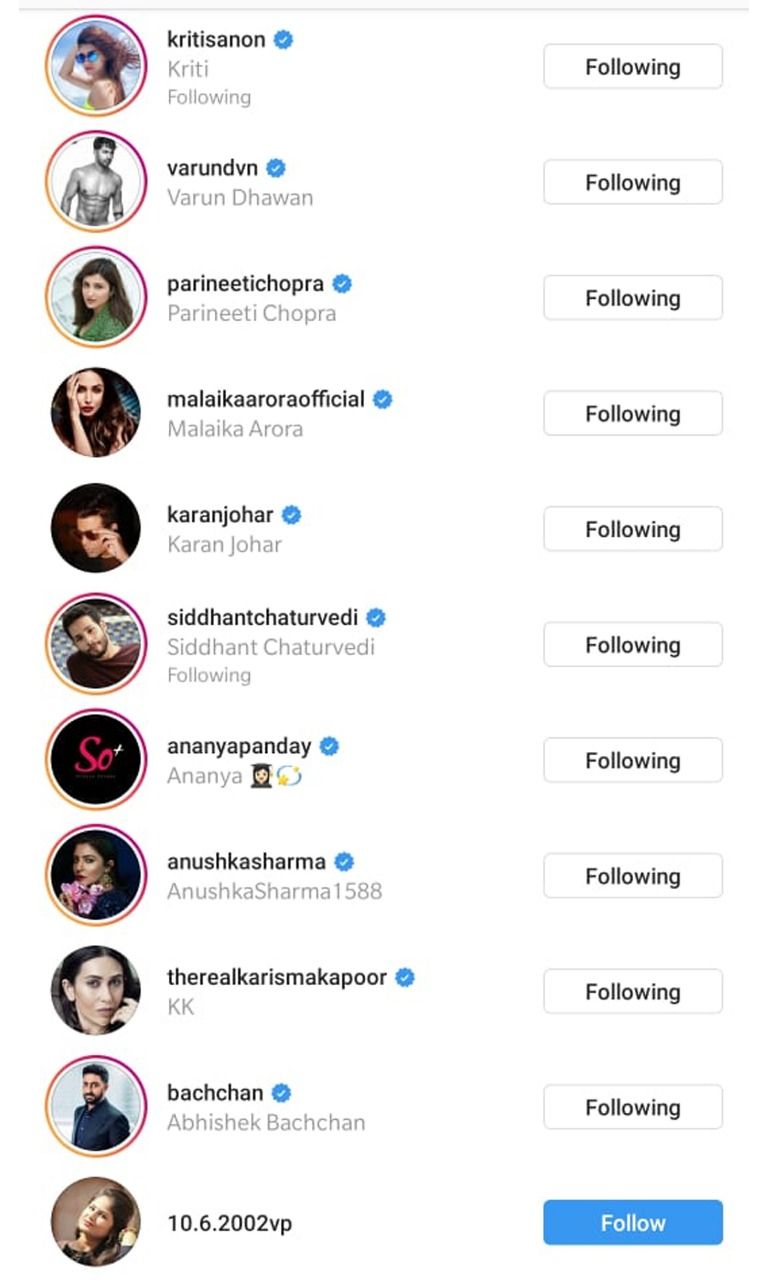 Talking about Arjun Kapoor's career, the 32-year-old actor says he is happy to collaborate with filmmakers like Ashutosh Gowariker, Raj Kumar Gupta and Dibakar Banerjee.

"It is exciting and opportune time for me in my career. Somebody like Ashutosh Gowariker, who has achieved fantastic heights, has chosen me for 'Panipat'. His body of work speaks for him. I have taken it up as a challenge to be able to do a period film because you should do it with the best people and there is nobody better then Gowariker sir," Arjun told PTI