Arjun Kapoor jokingly blamed Kartik Aaryan as Varun Dhawan's team did not record him dancing to Jug Jugg Jeeyo's 'The Punjaabban Song' at an award show. 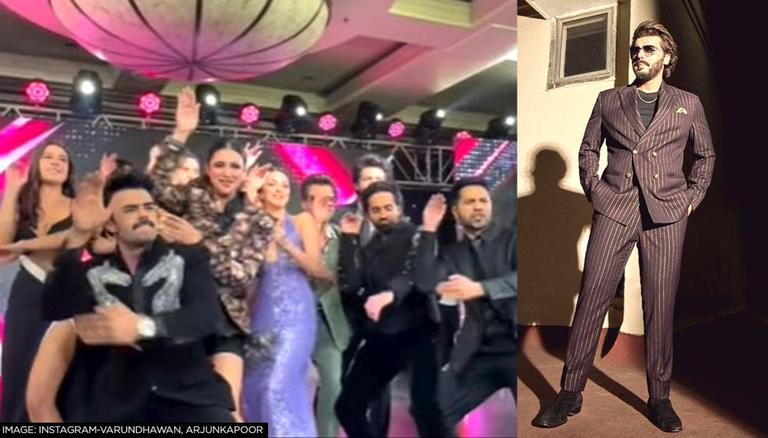 On Friday, Arjun Kapoor took to his Instagram handle and dropped a video from an award show which was attended by notable fashion icons in the industry. The video saw Arjun Kapoor grooving to Kiara Advani-Varun Dhawan-starrer Jug Jugg Jeeyo's The Punjaabban Song but he gets hidden behind Kiara and Varun, to which the former complained that the forthcoming film's team was lost in Kartik Aaryan's Bhool Bhulaiyaa 2. More on The Punjaabban Song

The makers of the Varun Dhawan, Kiara Advani-starrer Jug Jugg Jeeyo unveiled the film's first song, The Punjaabban Song, on 28 May 2022 which features the duo along with Anil Kapoor, Neetu Kapoor and Manish Paul groove on the beats of bhangra. The foot-tapping number became a fan-favourite within no time with fans and celebs making social media reels on the same.

Popular singers, Gippy Grewal, Zahrah S Khan, Tanishk Bagchi, and Romy, have lent their voices to The Punjaabban Song, while the music and lyrics of the song are given by Tanishk Bagchi and Abrar Ul Haq. As the song is a remix of the Pakistani song Nach Punjaban, the makers of Jug Jugg Jeeyo have also given credits to the original song sung by Pakistani singer Abrar Ul Haq.