Arjun Kapoor recently remembered the late singer KK. The actor also mentioned how he was fortunate to share the singer's voice in 'Gunday.' 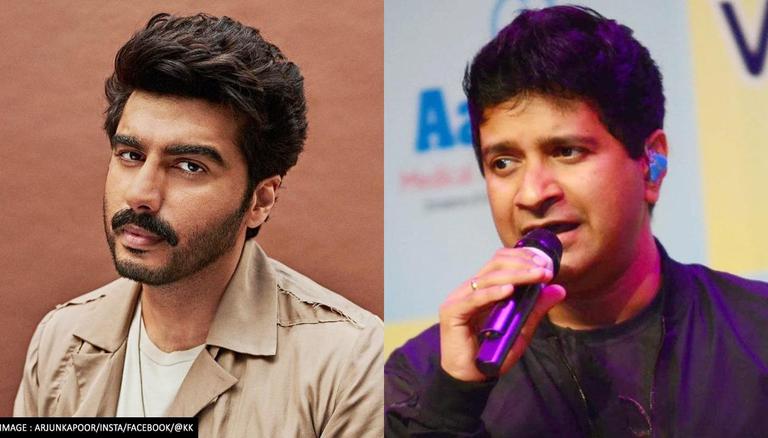 
The demise of celebrated Bolywood singer Krishnakumar Kunnath, who was known as KK, left the entire film industry devastated. The singer passed away after his live concert in Kolkata at the age of 53. He was cremated in Mumbai in the presence of his family and various colleagues from the film industry. As the singer has given his voice in a plethora of movies, Bollywood star Arjun Kapoor recently mentioned how he was fortunate to have the singer's song Tune Maari Entriyaan in his 2014 film Gunday.

Taking to his Instagram stories, Arjun Kapoor recently remembered the late singer KK and penned how he was a "true artist." The actor further emphasised on the same by referring to one of the singer's interviews. He wrote, "A true artist. Any doubt u had about that is quelled if u hear him talk for 5 mins…" The actor further penned how he was fortunate to have had the chance to share KK's voice in his 2014 film Gunday. The singer sang the hit song Tune Maare Entriyaan in the movie that featured Arjun Kapoor, Ranveer Singh and Priyanka Chopra. He wrote, "I was fortunate perhaps that we got his voice to share with Ranveer in tune maari entry…" "Our playlists will long allow this artist to be heard and felt," the actor added. 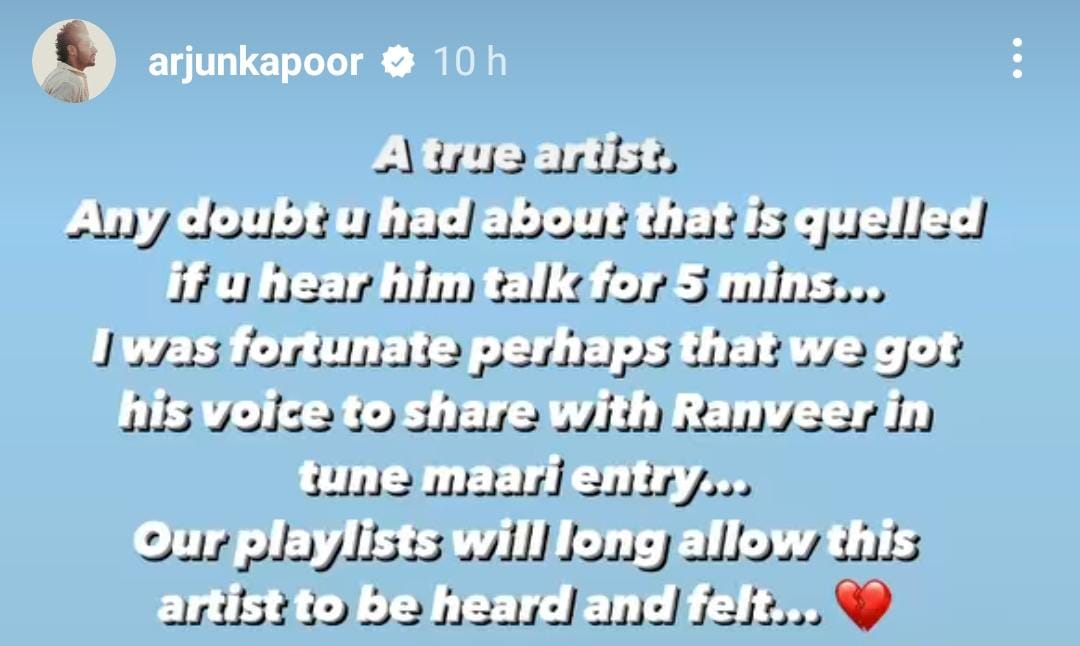 Several celebrities from the film and music industry mourned the untimely demise of KK. As per Hindustan Times, Notable singer and music composer Shankar Mahadevan, who also attended KK's last rites in Mumbai, expressed his grief over the singer's sudden demise and mentioned how it was unbelievable to talk about KK in the past tense. Priyanka Chopra, Vicky Kaushal, Katrina Kaif and many other celebrities from the film industry also paid their last respects to the late singer.

Late singer KK was performing at Nazrul Mancha, an auditorium in south Kolkata, prior to his death. The singer fell ill after reaching the hotel he was staying at. He was soon rushed to the CMRI hospital, where the singer was declared dead on arrival. The singer's last rites were held in Versova, Mumbai, on June 2, 2022.