Arjun Kapoor Sums Up Malaika Arora’s Glam Picture In One Word And An Emoji, And The Internet Agrees!

After keeping the relationship under wraps for a long time, Bollywood actors Arjun Kapoor accepted for the first time that he was not single anymore on a previous episode of  'Koffee With Karan' where he shared the couch with half-sister Janhvi Kapoor.

After keeping the relationship under wraps for a long time, Bollywood actors Arjun Kapoor accepted for the first time that he was not single anymore on a previous episode of  'Koffee With Karan' where he shared the couch with half-sister Janhvi Kapoor. Soon after that, his and Malaika Arora's whirlwind romance started unfurling. From Christmas bash to lunch dates, the pair is often spotted hanging around together.

Netizens started speculating that the two were seeing each other because of their sweet social media exchanges. And, as their public appearances become bolder, the two continue to constantly compliment each other on their latest pictures.

Recently, Arjun Kapoor commented on Malaika Arora's glam picture and wrote 'Trailblazer' and looking at the post netizens could not agree more. 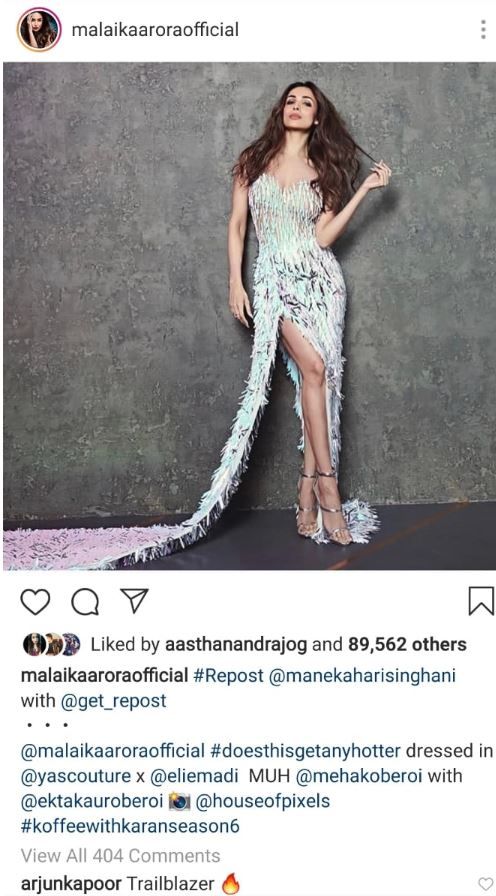 Ever since the picture has been posted, it has been going viral on the internet and has garnered more than 100k likes. Many netizens also took to the comment section to compliment the former actress and fitness enthusiast. 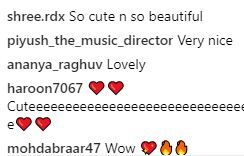 Meanwhile, rumors of the pair tying the knot soon have been going on rounds for a while now, and recently, it got stronger as Arjun was spotted getting along with Malaika's son Arhaan. On February 17, Aarhan was seen accompanying mother Malaika and her boyfriend Arjun for lunch.

Meanwhile, on the professional front, Arjun Kapoor is currently busy shooting for his upcoming war drama 'Panipat' which also stars Sanjay Dutt and Kriti Sanon and is set to release on December 6, 2019. The 'Namaste England' actor has two more movies in his kitty including 'Sandeep Aur Pinky  Faraar ' and 'India's Most Wanted'. Meanwhile, Malaika is currently serving as a jury at the TV reality show 'India's Got Talent' along with Karan Johar and Kirron Kher.