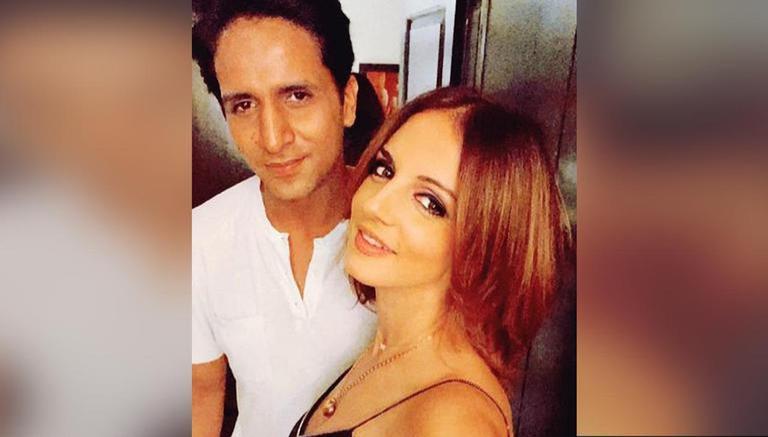 
Actor Arslan Goni and Hrithik Roshan’s ex-wife Sussanne Khan have left the gossip mills running with their relationship rumours. From celebrating festivals to each other birthdays, the two are often seen making appearances together. Recently, after Sussannne had contracted COVID-19 variant Omicron, Arslan’s comment below her social media post had garnered attention. The actor has now finally broken his silence on the rumours.

During his recent interaction with Hindustan Times, Arslan spilled the beans about reports of the two being in a relationship. He said that he has always tried to avoid the frenzy around it. “I normally don’t like to talk about it. There is this thing that I keep hearing and friends keep forwarding to me. Two people living a good happy life and that’s it,” Goni told the leading entertainment daily.

The actor who was last seen in the series Main Hero Bol Raha Hoon had replied below Sussanne Khan’s post about contracting virus and had written, “You will be fine soon.” And at the end of this caring comment, he added three heart emojis and a kiss emoji. Soon after his comment went viral, the actor gave a small clarification on the same. Elucidating his views on the same, he said that what could he possibly tell someone who has come out positive? He further added that best wishes and speedy recovery are something that he could have sent to anyone suffering from the illness. Apart from this, talking about the viral comment he added, “I cannot read all those messages. I don’t do that. Everyone has the right to say what they want to. But I am supposed to say something sweet to someone who has just tested positive!”

The two who have often made appearances on each other’s social media platforms had sparked rumours when Arslan had shared an adorable picture with Sussanne to extend his wishes on her 43rd birthday. Sharing a selfie, Arslan Goni had wished his "darling" a happy birthday. “Happy happy birthday darling …… I pray you to have a great year and an amazing life …. The best heart I have come across in my life. and this is a great picture. May God shower you with everything you want. Lots and lots of love (sic).", he wrote then. The two had even celebrated the New Year together with friends including Ekta Kapoor and more.