The NCB SIT has summoned Aryan Khan again on Monday after he skipped summons of the NCB SIT on Sunday citing 'slight fever' as the reason. 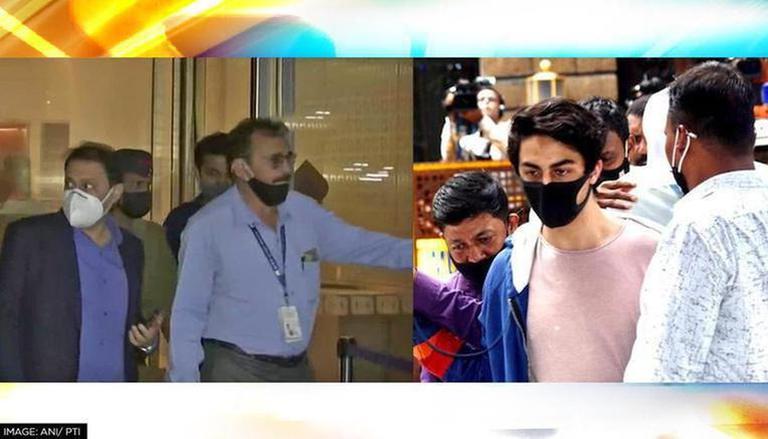 
In yet another development on the Cordelia cruise ship case, Bollywood superstar Shah Rukh Khan's son Aryan Khan has been summoned yet again by the Narcotics Control Bureau (NCB) SIT team. The team, which recently took over the investigation from the NCB Mumbai zonal unit has once again summoned Aryan Khan. Earlier on Sunday, the Delhi NCB SIT had asked Khan to appear before the agency for questioning. However, he skipped the summons.

With the Central NCB team taking over the Mumbai cruise drug bust, the SIT team visited the Cordelia cruise ship on which an alleged rave party was held on October 2. As per sources, the 15-member SIT team headed by Sanjay Singh visited the Cordelia Cruise ship docked at Mumbai International Cruise Terminal on Saturday, accompanied by NCB zonal director Sameer Wankhede and other officials. The team the CCTV cameras installed on the ship and recorded statements of 4-5 witnesses. Eight people along with Shah Rukh Khan's son Aryan Khan were arrested on October 2 by NCB - all have now been granted bail.

The Bollywood superstar's son was detained by the NCB on October 2 after a drug raid on the Cordelia cruise ship heading for Goa. Following their brief custody at NCB, Aryan Khan and Arbaaz Merchant were remanded to judicial custody at Arthur Road Jail from October 7 while Munmun Dhamecha was sent to Byculla Women's Jail. After 26 days in jail, the Bombay HC on October 28 allowed bail to Aryan Khan, Arbaaz Merchant and Munmun Dhamecha in NCB's cruise drug bust case.

Against the backdrop of the politics surrounding NCB Mumbai Zonal Director Sameer Wankhede, and the personal and political allegations levelled against him by NCP, a central team decided to take over the investigation into the Aryan Khan case and 5 other cases being investigated by the team. The development came after a petition was filed by Wankhede before the Bombay High Court stating that the Aryan Khan and Sameer Khan cases should be probed by the central team. As per the NCB, these five cases have nationwide and international connections, and for close coordination with other agencies, the Central Zone team headed by SK Singh will probe them. Apart from taking over investigation in the 6 cases, NCB officials from Delhi are also probing allegations against Sameer Wankhede.