As 'Badhaai Ho' Clocks 3 Yrs, Ayushmann Khurrana Is 'thankful It Triggered A Conversation'

As Ayushmann Khurrana starrer 'Badhaai Ho' completed 3 years, the actor said that he was thankful that the film triggered an important conversation in India. 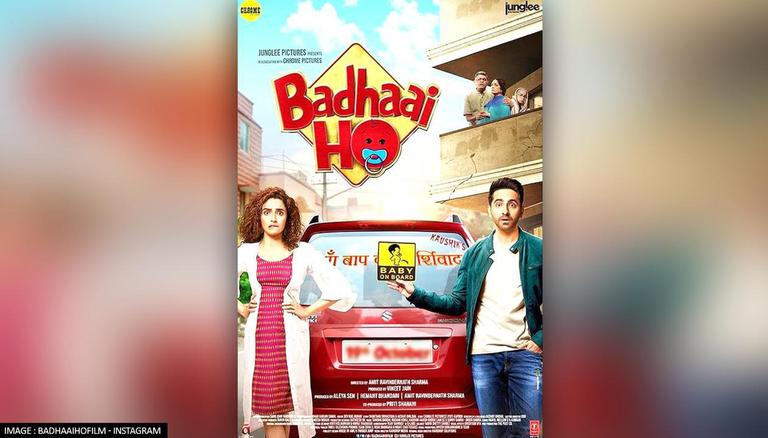 
Ayushmann Khurrana starrer Badhaai Ho has clocked three years, the movie released back in 2018 with Ayushmann Khurrana and Sanya Malhotra in the lead roles along with Surekha Sikri, Neena Gupta, Gajraj Rao and Shardul Rana. As the movie completed three years, Ayushmann said that he was thankful that the film triggered an important conversation in India. The actor via his Instagram also paid tribute to his co-star Surekha Sikri who passed away earlier this year.

Ayushmann Khurrana said that he was happy to be a part of films that delivered important messages. As his movie Badhaai Ho completed three years of its release Khurrana said, "Most of my films are meant for families to come in and engage, take back an important message and most importantly, be thoroughly entertained."

He added, "I have been blessed to find scripts that are new, unique and have a family audience skew as well. 'Badhaai Ho, for me, ticked all these boxes and I'm thankful that the film triggered an important conversation in India about how society should react to late pregnancy. Society conditions us to react in a certain way when such things happen."

The Dum Laga Ke Haisha actor took to his Instagram and paid tribute to his co-star Surekha Sikri. He shared a photo with the actor and wrote, "#3 years Of Badhaai Ho. Surekha Ji you’re terribly missed."

The movie was directed by Amit Sharma and revolves around a woman in her 50s who gets pregnant and has to face the mockery and judgement from society. The film won four awards at the 64th Filmfare Awards, including Best Actress for Gupta, Best Supporting Actress for Sikri, and Best Supporting Actor for Rao. It also won two National Film Awards: Best Popular Film Providing Wholesome Entertainment, thus becoming the first time where two films featuring the same lead actor (Ayushmann Khurrana) has won both Best Film awards at the National Awards as Andhadhun won Best Film, and Best Supporting Actress for Sikri. Also, a spiritual sequel of the movie titled Badhaai Do, featuring Rajkummar Rao and Bhumi Pednekar in the lead roles is currently under production.