As Kabul falls to the Taliban, many Bollywood celebrities have also expressed their concern and fear over the grim situation on their social media handles. 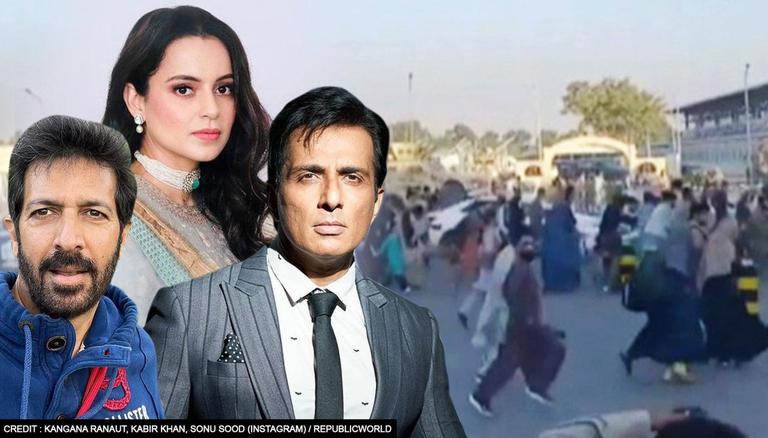 
The Taliban have seized the capital of the war-stricken Afghanistan, Kabul, on Sunday, August 15. The now-former President Ashraf Ghani has resigned as the government has surrendered to the Taliban as they took over the Afghan presidential palace and rechristened the country as the Islamic Emirate of Afghanistan. Tensions in Afghanistan have escalated to a point where the world is concerned about the future of its nation. Many Bollywood celebrities have also expressed their concern and fear over the grim situation on their official social media handles. 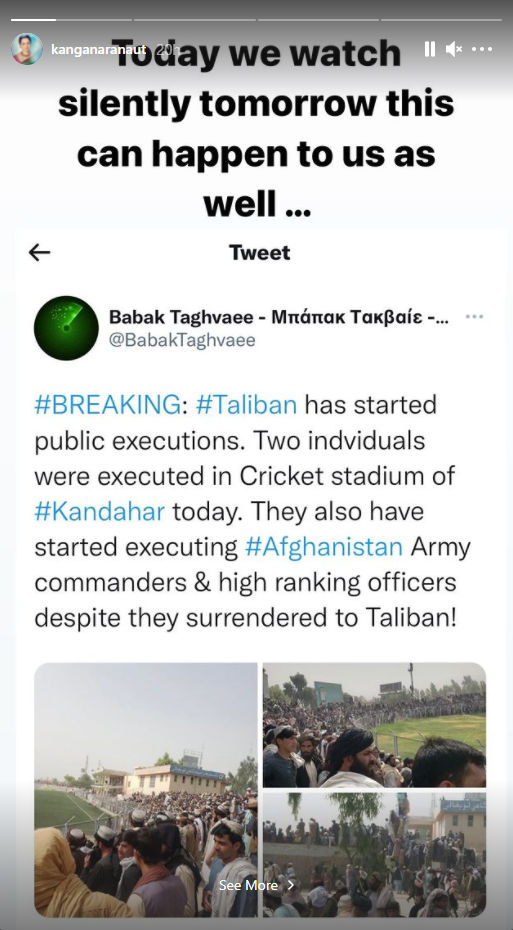 Bollywood actor Kangana Ranaut has taken to her official Instagram handle and shared a note on her IG story. In the first picture, she re-shared a post and wrote, "Today we watch silently tomorrow this can happen to us as well..." She penned a long note expressing gratitude to the Indian government for proposing CAA and "giving hope" to all the castes, and added, "I wish we could save entire Afghanistan but charity begins at home, we are going to save all the minorities there and someday we will save the world as well... Praying for Afghanistan" with praying hands emoticon. 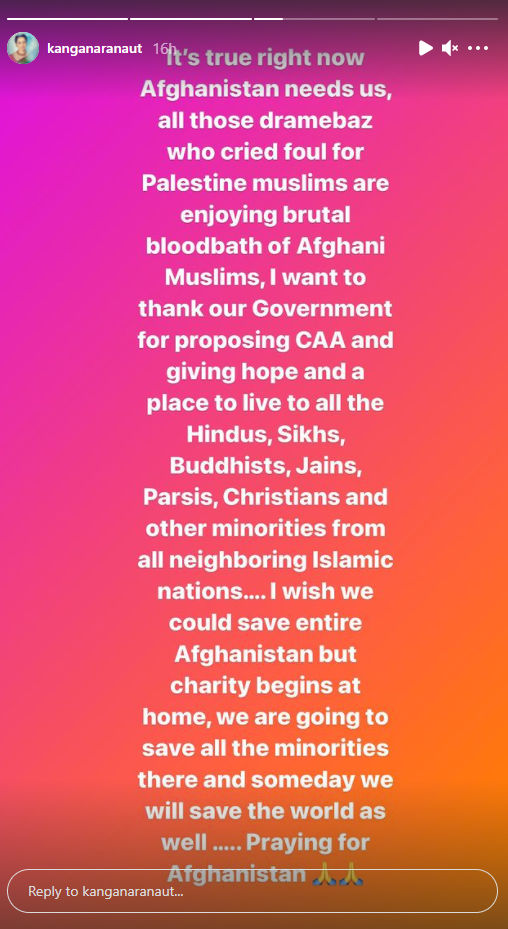 Sonu Sood also took to Twitter and prayed for the war-torn nation. He tweeted, "Afghanistan Stay Strong Whole world is praying for you" with a praying hands emoticon. Tisca Chopra also dropped a throwback picture from her childhood from the Afghan capital city, Kabul, and expressed her grief over the situation. She simply wrote, "My childhood '#kabul.'"

Afghanistan Stay Strong
Whole world is praying for you 🙏 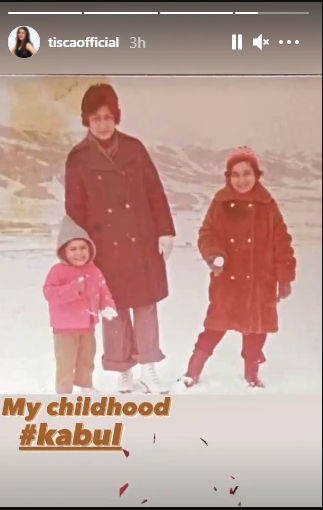 Filmmaker Kabir Khan, who made his directorial debut with Kabul Express, has a special connection with Afghanistan. As Kabul falls to the Taliban, the director took to the photo-sharing site and dropped a series of striking pictures from the country. He simply penned, "Afghanistan" with a breaking heart.

Durgamati actor Bhumi Pednekar also stated that she is heartbroken by the current situation in Afghanistan. She wrote, "This is so heartbreaking. It gives me shivers down my spine." "Murder, rape and complete breakdown of democracy '#PrayForAfghanistan,'" she concluded. 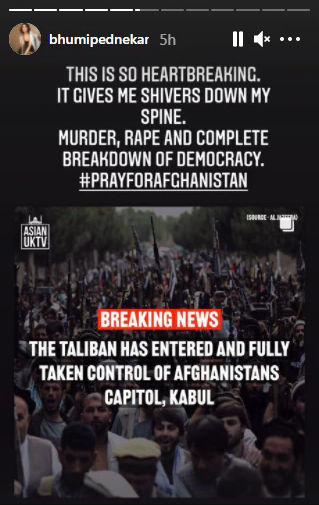 Playback singer Armaan Malik and actor Varun Grover also expressed their sadness for the people of Afghanistan. Malik took to Twitter and wrote, "It’s sad to see all that’s happening in #Afghanistan at the moment. My prayers and thoughts are with their people." While Grover took to Instagram handle and wrote, "Horrible news coming in from Afghanistan. A country with a long and rich cultural history and home to 40 million humans is about to be captured by Talibani terrorists. Hope the world helps in saving lives and giving refugee status to esp the most vulnerable (minorities, women, children)."

It’s sad to see all that’s happening in #Afghanistan at the moment. My prayers and thoughts are with their people 🙏🏻 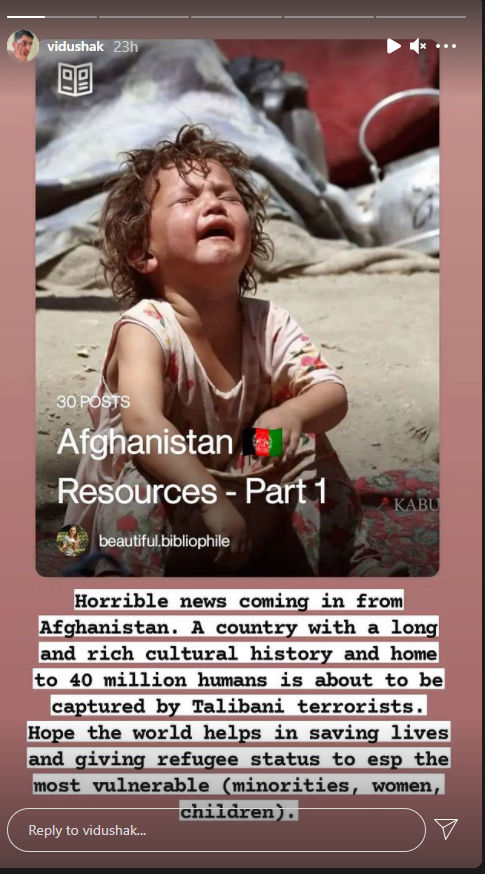 On Sunday, Ashraf Ghani, the US-backed President resigned from his post and fled Afghanistan stating he wanted peace and avoid bloodshed as the Taliban took charge of Kabul. According to reports, several people have been killed amid heavy gunfire at Hamid Karzai International airport in Kabul on Monday, as thousands of Afghan citizens tried to board the last few flights that were leaving the country.