Ashish Chowdhry took to his Instagram handle and penned a heartwarming message for the late filmmaker, Raj Kaushal. Read further ahead. 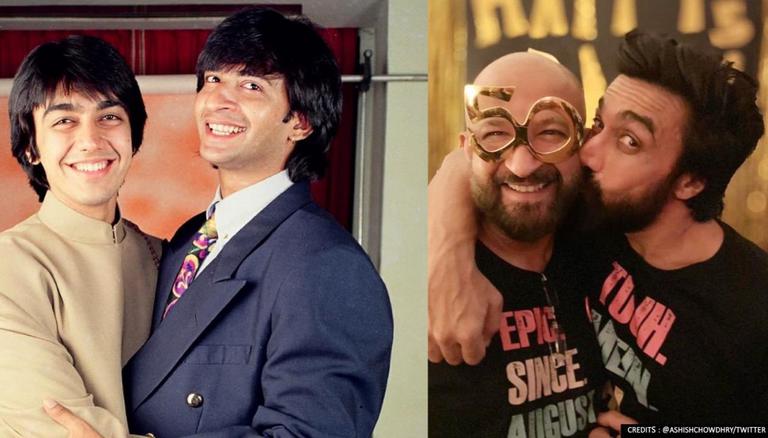 
Actor Ashish Chowdhry recently posted a heartfelt message on social media for Mandira Bedi’s husband Raj Kaushal and shared a glimpse of his prayer meet held on Saturday. He even recalled how the late director always used to tell him how it was about leaving a legacy and realised how the only legacy was ‘love’.

Ashish Chowdhry on Raj Kaushal’s prayer meet, calls him a ‘blessing to this universe’

Taking to Instagram, Ashish Chowdhry shared a photo from Raj Kaushal’s prayer meet where his photo was surrounded by white flowers. Speaking about how Kaushal once told him about leaving a legacy, he stated,  "He always said that it was only about leaving a legacy. And that term ‘legacy’ to me and most of the world means ‘success'. But now when he’s gone, I get it. The only legacy is LOVE. Love for and from not only friends and family, but from every person who we meet and interact with even once or twice in our lives. Be it anyone. Big or small. Poor or rich. The things those people say and feel about us even after we’re long gone. And how much they remember or miss us after our lives have ended. We can’t take money and property with us when we’re gone”. Ashish further stated how Raj Kaushal told him that one could only take the wishes of people who only wish that the person who they feel so much hollowness without, hadn’t gone and added how that’s what his ‘brother’ had abundantly left behind.

Adding to it, he also stated how Raj had a heart that was ‘bearing, supporting and fulfilling so many other hearts that were unknowingly dependant on him’. He continued by stating, "A legacy of so much love that he spread from inside of that insanely big and soft heart of his It was all that non-stop, overtime work that his beautiful heart did, that made it stop - maybe. But it stopped only after leaving a massively unmatched legacy of love behind,”.

Dhamaal actor further stated how Raj was not only the nicest human being he knew but was also ‘the most informative, intelligent and talented guy’. He also mentioned that he had in-depth knowledge of everything from mythology to world politics and geography to humanity along with his excellent knowledge in knowing right from wrong.

“That’s how amazing my big brother was. He was truly a blessing to this universe. Actually he still is. I still sense him and I know that this universe can’t do without him. He’s eternal. And he’s definitely with Monica looking out for me and all those who like me are in need of angels. I feel it,” Ashish stated. He even shared Raj Kaushal’s message that he always said and added “ 'Life is short meri jaan. Make it matter. Khush reh aur woh khushi paagalon ki tarah phela da. Kuch logon ko maaf kar de or kuch se maafi maang le. There's no time for negativity bhai. And no time to waste....'"

Ashish Chowdhry’s Instagram post received numerous reactions from fans and celebrities who dropped in well wishes for his family. Many of them also poured in love by adding heart symbols in the comments section. Take a look at the reactions. 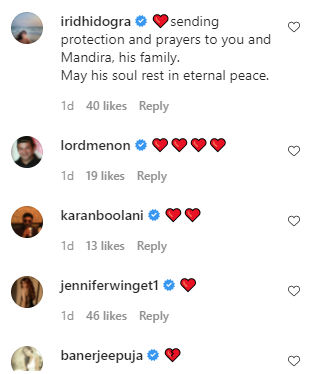 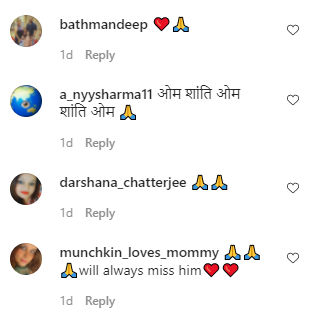