Asked About His Character Kabir Singh's 'aggression' Towards Women, Shahid Kapoor's Response Has Triggered A Debate On 'evolution' Of Films

'How will the aggressive Kabir Singh treat women in the film?', Shahid Kapoor's response to a female journalist is all things true

The much-awaited trailer of Shahid Kapoor starrer 'Kabir Singh' released today. The film also stars Kiara Advani in the lead. The trailer is a treat to watch thanks to Shahid, who nails the portrayal of his character. The 38-year-old actor shows different shades — with anger management issues, drug addict and also a person on self-destruction path because he was once hopelessly in love.

Talking about how an aggressive 'Kabir Singh' treats women, a female journalist during the trailer launch asked a question by giving 'Arjun Reddy' (the original film) reference where the protagonist slaps the girl. To which, Shahid immediately corrected her saying, 'She slaps him also. You notice that? She slaps him first'.

The reporter continued her question and asked Shahid, 'have you tried not doing that in this film? because things are changing and films should evolve too'.

To this, Shahid said, 'How should films evolve? What is your interpretation of it? To always show the right thing?

Shahid further went on to clarify that 'We've all been in college, In college there are alpha males, men who feel they have a sense of territorial ownership over a certain place. There are other men who aren't so aggressive in their behaviour. Some films depict those kind of characters, this film depicts this kind of character," said Shahid.

"You see the film and see what happens to him. Tommy Singh (in 'Udta Punjab') does much worse things than 'Kabir Singh in my understanding.' He is singing a song in his introduction (you know about what). If I start justifying characters, I can't be an actor. I have to play characters for their good and bad. I have to represent them honestly, that's what acting is all about. Otherwise I am just wanting people to like me, that's what stardom is about."

He concluded by saying: "Acting is about being honest, letting people dislike you sometimes. It's okay. It's important."

Netizens too responded on this topic which is definitely thought-provoking and a debatable issue:

I think @shahidkapoor 's recent roles (especially Udta Punjab) represent those talented and capable guys who faltered somewhere, but want to get back on track. I think his roles do strike a note with a lot of people, men and women. Brilliant actor! #KabirSingh 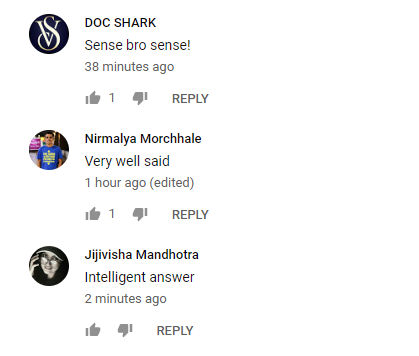 For all the great acting, #ArjunReddy treated women with scant regard. #KabirSingh to do the same and make money.

I hope in Remake..they would have put some sense unlike Arjun reddy where the lead hero talk about objectifying women and straight away talk shit about girls lol fucked up movie

Watch the video below -