Avantika Malik Shares Cute Pic With Daughter, Says 'I Have Decided To Stick With Love'

After facing several ups and downs in marriage with actor Imran Khan, Avantika Malik seems to have moved on and is happy spending her life with daughter Imaara.

After facing several ups and downs in marriage with actor Imran Khan, Avantika Malik seems to have moved on and is happy spending her life with daughter Imaara Malik Khan. Avantika shared an adorable picture with her daughter which is just dripping love. As per reports, Avantika had moved out with her daughter and was staying with her parents while the couple was trying to sort out their issues.

Avantika took to her Instagram handle and shared a sweet monochrome picture with her daughter where she can be seen planting a sweet kiss on her daughter’s lips. She shared the snap and captioned it with the wise words said by Martin Luther King about sticking to love and letting go of hate. After reading the caption, several followers and fans of the couple flooded the comment section with their takes. While some praised the mother-daughter duo and their love while the rest asked her about Imraan.

Read: Is Avantika Malik Hinting A Possible Patch Up With Imran Khan In Her Latest Post?

Fans pour in love on the cute picture

Her friends from the industry were the first ones to shower their blessings on the two. Kunal Kapoor, Tara Sharma Saluja and a few who poured in their love and hearts for the picture. 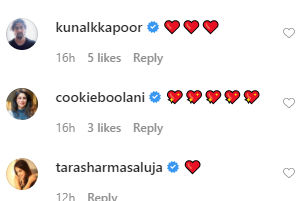 One of her followers who was touched by the beautiful picture wrote that there is no greater love than this one. A second user thanked the star for sharing the picture and considered it something which is bringing a smile on the faces of the people amid such an hour of panic. Another user hinted at Avantika's broken marriage and wrote that finally, she found reality which lies in her daughter. One of the users expressed his happiness after seeing the picture and complimented Avantika that she has always been a star right from her college days. 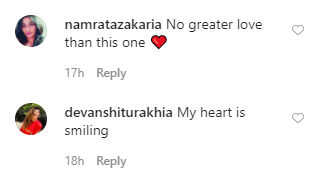