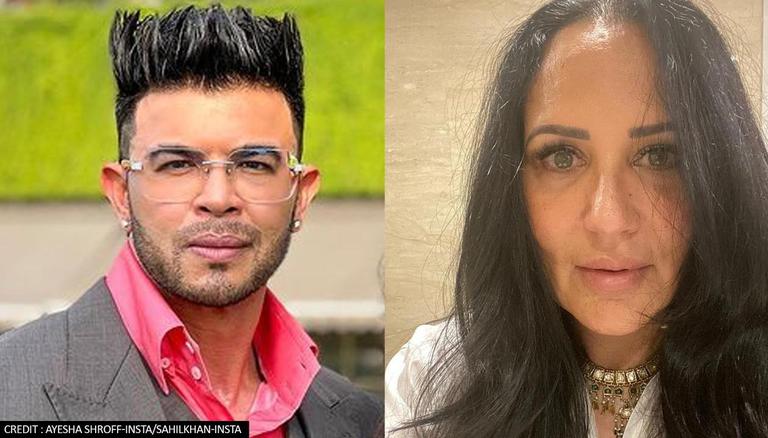 
The ongoing legal battle between veteran Bollywood actor Jackie Shroff's wife Ayesha Shroff and actor Sahil Khan appears to have come to an end. Dating back to 2015, the wife of the popular actor had alleged she'd been cheated and intimidated by Sahil Khan. Putting an end to a six-year-long legal battle, surrounded with multiple controversies, the duo opted to settle their tiff out-of-court.

The Bombay High Court quashed two FIRs registered against the actor, 44, on Wednesday, September 15. The FIRs, filed by Ayesha Shroff, 61, were registered by the Bandra Police in 2015.  A bench of Justices S S Shinde and N J Jamadar quashed the FIRs after Sahil Khan's lawyer and Ayesha Shroff told the court that they had settled the dispute 'amicably'.

Additionally, Shroff told the court that she has decided not to pursue any claims or allegations made in the FIRs. In 2015, Shroff had raised an issue about the unpaid dues of Sahil Khan worth Rs 4 crore in her complaints. Citing 'business dispute', the bench accepted the statements provided by both the parties and ruled to quash the FIRs. However, Sahil Khan was imposed with a cost of Rs 1 lakh which will be given to the Maharashtra child welfare committee for the "welfare of children under the state's care.

Dating back to 2009, the duo established a production company together which did not do well. The duo were spotted together on numerous occasions and were said to be close. However, Shroff denied dating rumours related to them, after which Sahil Khan revealed that the producer asked him to return all the gifts along with the money they spent on their trips. Following the statement, Ayesha Shroff filed a case against him for cheating and failing to return her money. She also filed a defamation suit for harming her reputation.

WE RECOMMEND
Jackie Shroff recalls going bankrupt and how he pulled through the ordeal; READ
Jackie Shroff about son Tiger buying his mom a house: 'It was always his dream'
Ayesha Shroff's weight-lifting video leaves Disha Patani & Krishna Shroff impressed; Watch
Unlike marriage invite, Rhea Kapoor & Karan Boolani sent post-wedding card to close ones
Ayesha Shroff pens a birthday wish for Disha Patani, shares what she loves about her
Listen to the latest songs, only on JioSaavn.com