Ayushmann Khuranna on Friday posted a birthday special song for his mother on Instagram. Watch the video here 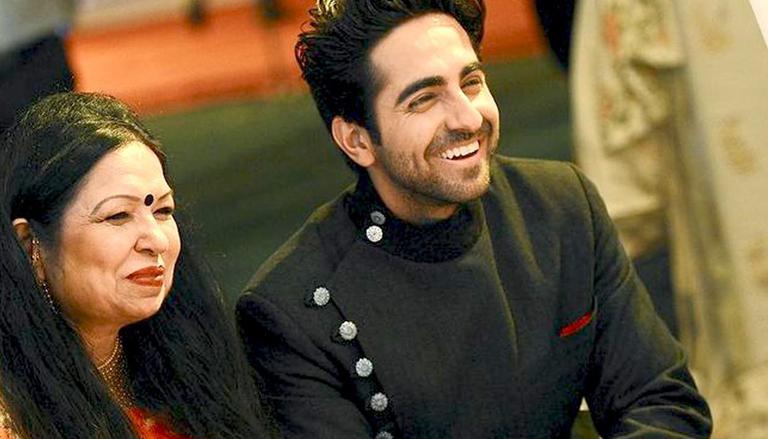 
Bollywood Actor Ayushmann Khuranna took to his Instagram on Friday, July 9 to upload a special post dedicated to his mother Poonam Khuranna. The RJ turned actor, who is also known for his spectacular singing skills, posted a song for his mother on her birthday.

In Khurrana’s video, he had dedicated a song sung by him and musician Rochak Kohli. Ayushmann’s soulful voice complements the lyrics and composition of the song. The lyrics of the song beautifully describes motherhood and displays the feelings of a child who wants to dedicate everything to his mother. The song was very well sung by the duo and had captured the moments of the bond shared between a mother and a child. The song is composed by Rochak. Alongside the video, he penned, “Maa…. Today’s my mother’s birthday. So thought of posting this again. Thank you @rochakkohli for this heart-touching composition. Thanks, @ghuggss for the amazing lyrics. Happy birthday mumma!”

Within a few hours of posting the song on social media, it went viral, and netizens cannot get enough of the same. The post had garnered over 1 lakh likes and many fans and celebrities along with Siddhant Chaturvedi, Neha Dhupia, Guneet Monga, Karanvir Bohra commented on the post. Ayushmann is very fond of his mother and never skips an opportunity to post pictures with her. Last year as well, he had posted a picture of his mother with him and brother Aparshakti Khuranna to wish his mother on her birthday.

Ayushmann Khurrana wished her on her birthday in 2020, with an Instagram post. The photo features him and Aparshakti Khurana giving a sweet peck on their mom’s forehead. The brothers are twinning in similar-looking black t-shirts. While their mother has donned a black designer kurta. She has kept her long hair loose and has sported Bindi, a nose pin, and minimal makeup look in the photo.

Ayushmann Khurrana wrote a short and, simple caption with the Instagram post. Alongside the picture, he penned, “Happy birthday Ma” and dropped a red heart emoticon. Ayushmann Khuranna is a famous actor and singer. He is known for his work in movies like Article 15, Andhadhun, Dream Girl, Vicky donor etc. Some of his famous songs are Pani Da Rang, Mere Liye Tum Kaafi Ho .