Ayushmann Khurrana who finally took a break to spend time with his family is currently in the Bahamas enjoying his winter holiday. The actor took to his Instagram handle to share adorable videos of his daughter dancing with Priyanka Chopra at Nick Jonas' concert. He wrote, "Our daughter's first concert with the lovely Priyanka Chopra." The little girl was seen matching steps with PC while Tahira Kashyap was busy taking their video.

In the following Instagram stories, Ayushmann was seen flaunting his Bahamian braid and a love-filled selfie with wife Tahira. He wrote, "Last day of 2019."

WATCH THE VIDEO ABOVE 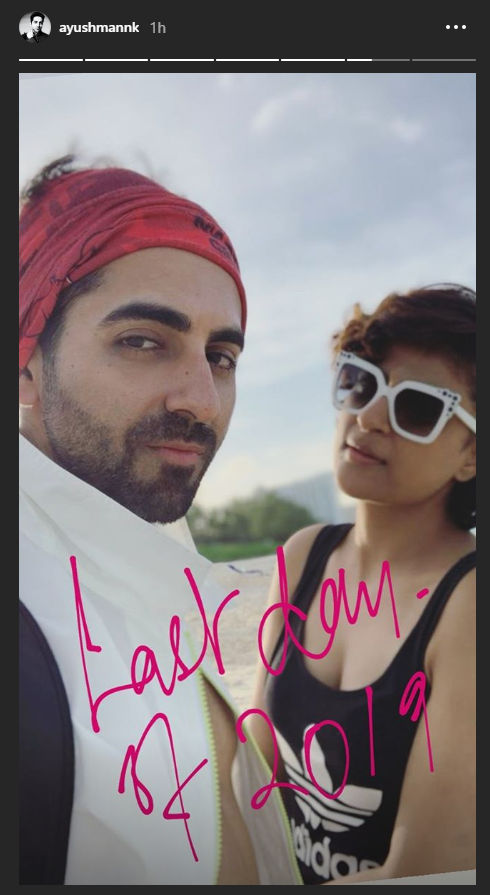 What's next for Ayushmann?

Post the success of Amar Kaushik's Bala, Ayushmann Khurrana will be seen in two films in the upcoming year. The Vicky Donor actor will be sharing screen space with his Bala co-star Bhumi Pednekar in Hitesh Kewalya's Shubh Mangal Zyada Saavdhan. The film is being bankrolled by Aanand L Rai and Bhushan Kumar and is a sequel to Ayushmann's earlier film Shubh Mangal Saavdhan which released in the year 2017.

Ayushmann Khurrana will also be seen in another film titled Gulabo Sitabo with veteran actor Amitabh Bachchan. The film is reportedly directed by Shoojit Sircar. Earlier in an interview with a leading entertainment portal, Ayushmann Khurrana had claimed that he feels honoured to have shared screen space with veteran actor Amitabh Bachchan for the first time. Both the films are scheduled to release in the month of February 2020.

Thank you for the #Andhadhun love #NationalAward