'Baaghi 4', 'Bawaal' & Others To Land On Amazon Prime With Streamer's New Licensing Deal 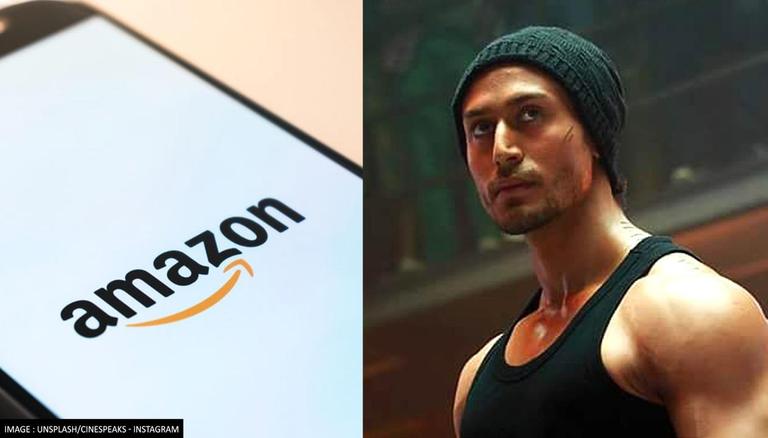 
Amazon Prime Video has inked an exclusive multi-film licensing deal with Sajid Nadiadwala’s Nadiadwala Grandson Entertainment (NGE), with an interesting lineup of films set to arrive on the OTT platform. Under the deal, six films from Sajid will be made available worldwide on the platform post their theatrical release.

The projects will also be available ‘to-rent’ on Amazon Prime for all its customers in the ‘Early Access Rental’ window. According to Variety, the films include Bawaal, Sanki, Baaghi 4, as well as Kartik Aaryan’s untitled project among others. The slate will also feature films by directors Ravi Udyawar, Sameer Vidwans, Saket Chaudhry and more.

Taking to their Twitter handle on Monday, May 30, Amazon Prime made the announcement and wrote, "Pairing up with @NGEMovies @WardaNadiadwala and #SajidNadiadwala to bring you the best of blockbuster entertainment including Bawaal, Sanki, Baaghi 4 and much more starring the most sought-after upcoming talent An immersive multi-year collaboration has just begun. (sic)"

Pairing up with @NGEMovies @WardaNadiadwala and #SajidNadiadwala to bring you the best of blockbuster entertainment including Bawaal, Sanki, Baaghi 4 and much more starring the most sought-after upcoming talent 🍿🥳
An immersive multi-year collaboration has just begun. 💙✨ pic.twitter.com/tXG8hFLYwa

Talking about the latest deal, Nadiadwala mentioned, "We have been entertaining the audience for the last 70 years with our movies, contributing to the Indian culture and today it’s a new era in entertainment with OTT [streaming] becoming such an integral part of our lives. "

He added that Amazon Prime has played an important part in breaking geographical, linguistic and other barriers in the entertainment world, adding he feels glad to have found a partner "that not only shares our vision of offering immersive cinematic experiences but also provides global distribution to the best stories from the Indian entertainment ecosystem.”

Amazon Prime's content licensing director also said that the deal aims to bring forth "entertaining narratives and stories soon after their theatrical releases to the worldwide audience."

"At Amazon, we start with the customer and work backwards and this collaboration is another step towards fulfilling that promise," he concluded.

The Tiger Shroff led Baaghi franchise has garnered massive success in its first three instalments. The star's nerve-wracking action sequences and thrilling plot were much loved by audiences. On the other hand, Varun Dhawan has also piqued fans' curiosity with his upcoming Nitesh Tiwari directorial Bawaal.