Babil Khan shared a throwback photo with his late father and actor, Irrfan Khan. The photo was from 2003 when the actor was shooting for 'Maqbool'. 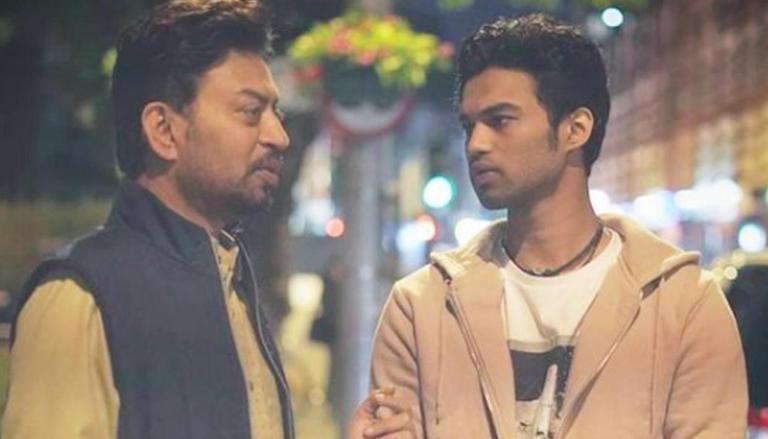 
Bollywood and Irrfan Khan's fans are still not over his unfortunate demise. The actor passed away after a long battle against cancer in April 2020. While his fans still miss the actor, his son Babil Khan often treats them with several unseen pictures. He recently shared a childhood photo with his late father.

Taking to Instagram, Babil Khan shared a throwback photo with his late father and actor, Irrfan Khan. The photo was apparently from 2003, when Irrfan was shooting for his film, Maqbool. In the photo, baby Babil wore a white kurta while Irrfan Khan donned a black outfit. Sharing the photo, Babil wrote, "Maqbool ke bambi ke kisne haath dala?" Several friends and fans of the actor reacted to the photo. An Instagram user wrote, "I see only magic in this frame," while another one commented, "Both have their look straight into the camera." Many rejoiced the two legacies in the picture.

Babil says he has 'an insane legacy to live up to'

Babil Khan often remembers his late father and celebrated actor. A few days ago, Babil dug out some photos of Irrfan Khan with academy award-winning and celebrated Hollywood stars. In the photos, Irrfan Khan was seen posing with Tom Hanks, Felicity Jones, Sidse Babett Knudsen, and others. In the caption, Babil mentioned he has a legacy to maintain. He wrote, "F***, I have an insane legacy to live up to." Several fans reacted to the photo and comforted Babil with their kind words. A fan wrote, "You'll build your own with time, Patience and love," while another now wrote, "Yes but you also have your own story to tell - IK would have reminded you of this." A fan expressed his faith in Babil and wrote, "Make your own brother. I am sure you will."

Last month, Babil shared an adorable photo of his mother and father. The photo had Irrfan Khan looking at his wife, Sutapa Sikdar, who was busy with her phone. Babil captioned the photo with a teary-eyed smile emoticon. Several Irrfan Khan fans showered love on the post. One of them wrote, "Can't look at this picture. How I miss his acting. Oh no....I've got tears in me eyes," while another one wrote, "This picture is love."