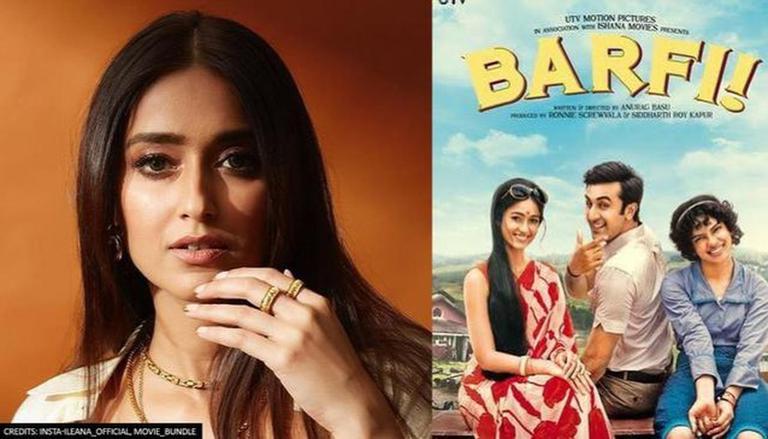 
Ileana D'Cruz on Tuesday took to her Instagram and celebrated as her movie Barfi completed nine years of release. Ileana shared pictures from the movie that also featured her co-stars Priyanka Chopra and Ranbir Kapoor. The movie also Ileana D'Cruz's Hindi film debut.

Ileana D'Cruz took to her Instagram and shared black and white stills from her movie Barfi. The pictures also featured Priyanka Chopra and Ranbir Kapoor. As she shared the pictures, Ileana wrote, 'Eternally special' with a heart emoticon and #Barfi. Set in the 1970s, the film depicts the story of Murphy 'Barfi' Johnson a deaf-mute boy from Darjeeling played by Ranbir and his relationships with two women, Shruti played by Ileana and Jhilmil played by Priyanka.

The film received widespread critical acclaim upon its release, with critics praising the performances, the direction, the screenplay, the cinematography, the music and the positive portrayal of physically disabled people. The film was a box office success, becoming one of the highest-grossing Bollywood films of 2012 in India and overseas.

The film was selected as India's official entry for the Best Foreign Language Film nomination for the 85th Academy Awards. Barfi won several awards and nominations at various award ceremonies across India. At the 58th Filmfare Awards, the film received thirteen nominations including Best Actress for Chopra, and Best Supporting Actress for D'Cruz, and won seven including Best Film, Best Actor for Kapoor, Best Female Debut for D'Cruz, and Best Music Director for Pritam.

WE RECOMMEND
Actor Ileana D'Cruz shares 'no filter' throwback beach pictures, fans react with frenzy
‘Bareilly Ki Barfi’ turns 4: Ayushmann celebrates with clips featuring Kriti, Rajkummar
Ileana D'Cruz opens up about her pregnancy and abortion rumors, says 'it was bizarre'
Ileana D'Cruz reveals how she met the person who got her into modelling at 15
When Ileana D'Cruz recalled a funny incident of a director "throwing" THIS for a scene