Ben Affleck And JLo Spotted Vacationing In Montana; Venom 2 Trailer Out: Recap For The Day

Rumored lovebirds Ben Affleck and JLo were recently spotted in Montana together to Venom 2's trailer release, here are all the newsmakers. Read on to know more. 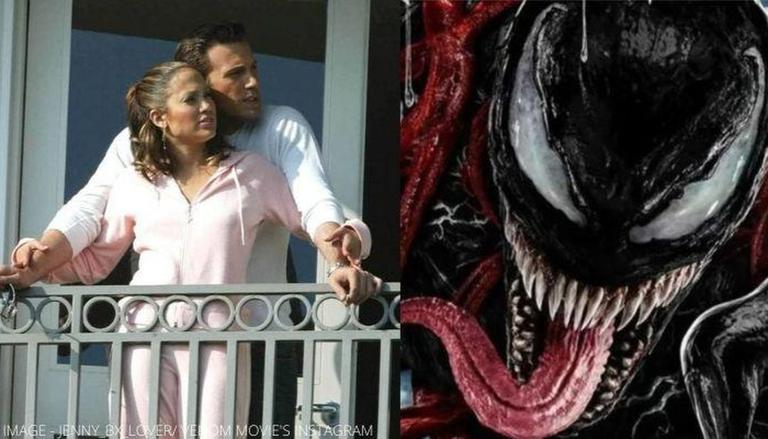 Ben Affleck and JLo spotted together

Ben Affleck and Jennifer Lopez were spotted vacationing at a luxury resort located in Montana. In one of the pictures that went viral, Jennifer and Ben can be seen standing cozily at the balcony of their resort's room and enjoying the view together. JLo and Ben sparked romance rumors earlier last week after they were seen hanging out together in Los Angeles.

The much-awaited Venom: Let There Be Carnage trailer was released on May 10 amidst much fanfare. The trailer sees Tom Hardy's Brock being pitched against the symbiote residing within Woody Harrelson, called Carnage. The film is all set to hit the theatres on September 24, 2021, and is the second installment in the anti-hero Venom franchise. It has Andy Serkis at its helm and has been written by Kelly Marcel.

Dennis Joseph, a popular Malayalam film scriptwriter died at a private hospital on May 10, 2021. He was 63-years-old at the time of his demise and passed away because of a heart attack. His scripting of two huge blockbusters established the reign of both Mammootty and Mohanlal as superstars in Malayalam cinema in the late 1980s. Joseph debuted in films in 1985, through the film titled Nirakkoottu.

NBC has announced that the channel won't broadcast the HFPA's Golden Globe Awards ceremony in 2022. The decision came after Hollywood Foreign Press Association continued to falter in reforming itself to the satisfaction of Hollywood studios and stakeholders. On the other hand, the HFPA has not said whether it will try to hold a Globes ceremony next year. Meanwhile, in another blow to the HFPA and the Globes, A-lister Tom Cruise returned his three Globes for Born on the Fourth of July and Jerry Maguire.

READ | Who Voices Venom? Is Tom Hardy the only one who voices the iconic character? See details

Leonardo DiCaprio took to Instagram to unveil the first look of his upcoming project titled Killers of the Flower Moon. The image features the lead Killers Of The Flower Moon cast member, Leonardo DiCaprio as Ernest Burkhart, who is one of the central protagonists in the film. Alongside DiCaprio's Burkhart, one can see Lily Gladstone's character Mollie Burkhart, a woman from the Osage Nation in Oklahoma in the picture. The upcoming Martin Scorsese directorial is based on the book of the same name by journalist David Grann.