Alia Bhatt has gone all out to celebrate her sister Shaheen Bhatt's birthday. The birthday girl who is being showered with love and blessings by her family on social media took to Instagram and shared the beautiful birthday wonderland arrangements made for her by actor Alia Bhatt. In the story updates, Shaheen Bhatt expressed that calling Alia Bhatt the best sister in the world is to make an understatement because of the thoughtful gesture made by the actor with the decorations.

Shaheen Bhatt's shared a glimpse of the living room of the apartment that she shares with actor Alia Bhatt and wrote a caption saying that it is has been turned to a birthday wonderland by her sister. Along with the flowers, balloons, and other decorations, there was also a birthday cake with "Happy Birthday Bob" written on it. Shaheen's rumoured beau comedian Rohan Joshi also posted a quirky photo story with a birthday wish for her through his Instagram account.

Take a look at his update: 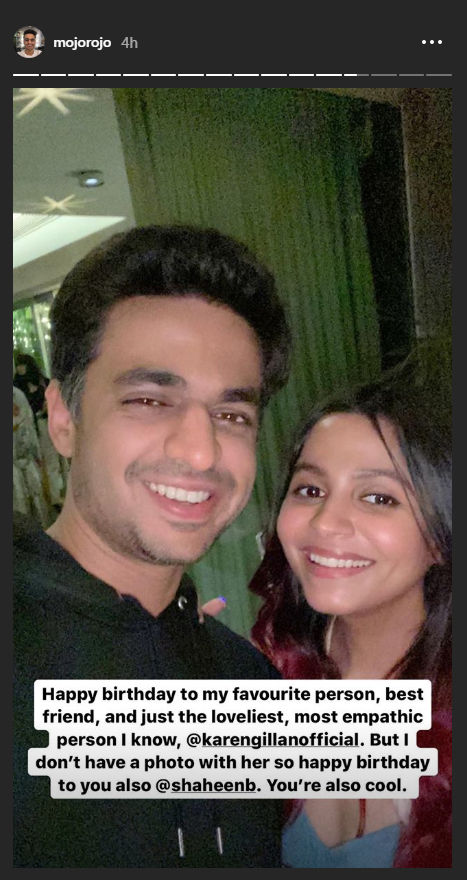 Alia Bhatt shares a special bond with her elder sister Shaheen and has often posted a lot of their childhood photographs online. On the occasion of Shaheen's birthday, the actor took to Instagram and shared two adorable throwback photos. Alia even wrote a heartfelt message for her showering all her love and support for her big sister.

Alia Bhatt was last seen in Dharma Productions' Student of The Year 2 where she had a cameo role in a dance number. She was also a part of the multi starrer film Kalank which had an average performance at the box office. Currently, she is working with her father, veteran director Mahesh Bhatt to make the sequel of his 1991 thriller film Sadak which featured Alia's step-sister Pooja Bhatt along with actor Sanjay Dutt. Sadak 2 will be a continuation to the first movie where Alia will be cast opposite Aditya Roy Kapoor. She will also be seen in the 2020 movie Brahmastra where she will be seen alongside Amitabh Bachchan, Ranbir Kapoor, and Nagarjuna Akkineni.