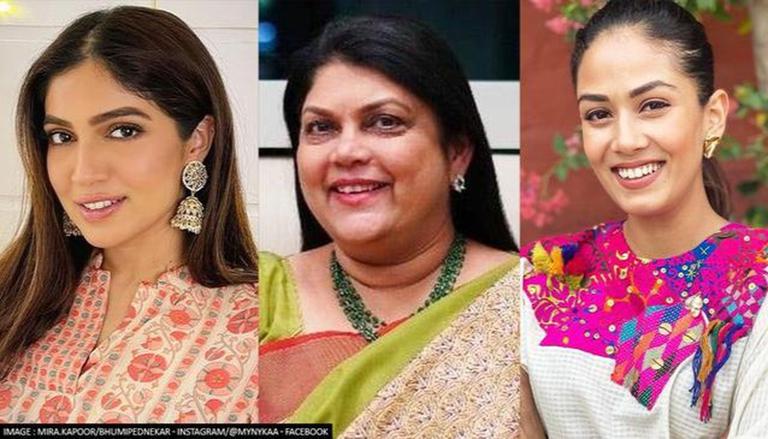 Bhumi Pednekar headed to her social media account on Wednesday and shared a post about Falguni Nayar becoming India's wealthiest self-made female billionaire and added several pairs of clapping hands emoticons. Mira Kapoor on the other hand also took to Instagram to share a story hailing the Nykaa founder. Kapoor is extremely active on social media and often shares glimpses of her life. She also includes sneak-peaks of Shahid Kapoor and their three children, Misha and Zain's lives as well. She took the opportunity to share about Falguni Nayar's ground-breaking achievement and believed it was a great time to be alive. She wrote, "What a time to be alive! India proud and women-led. Making women feel beautiful every day." 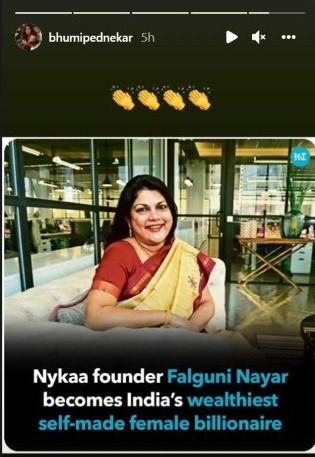 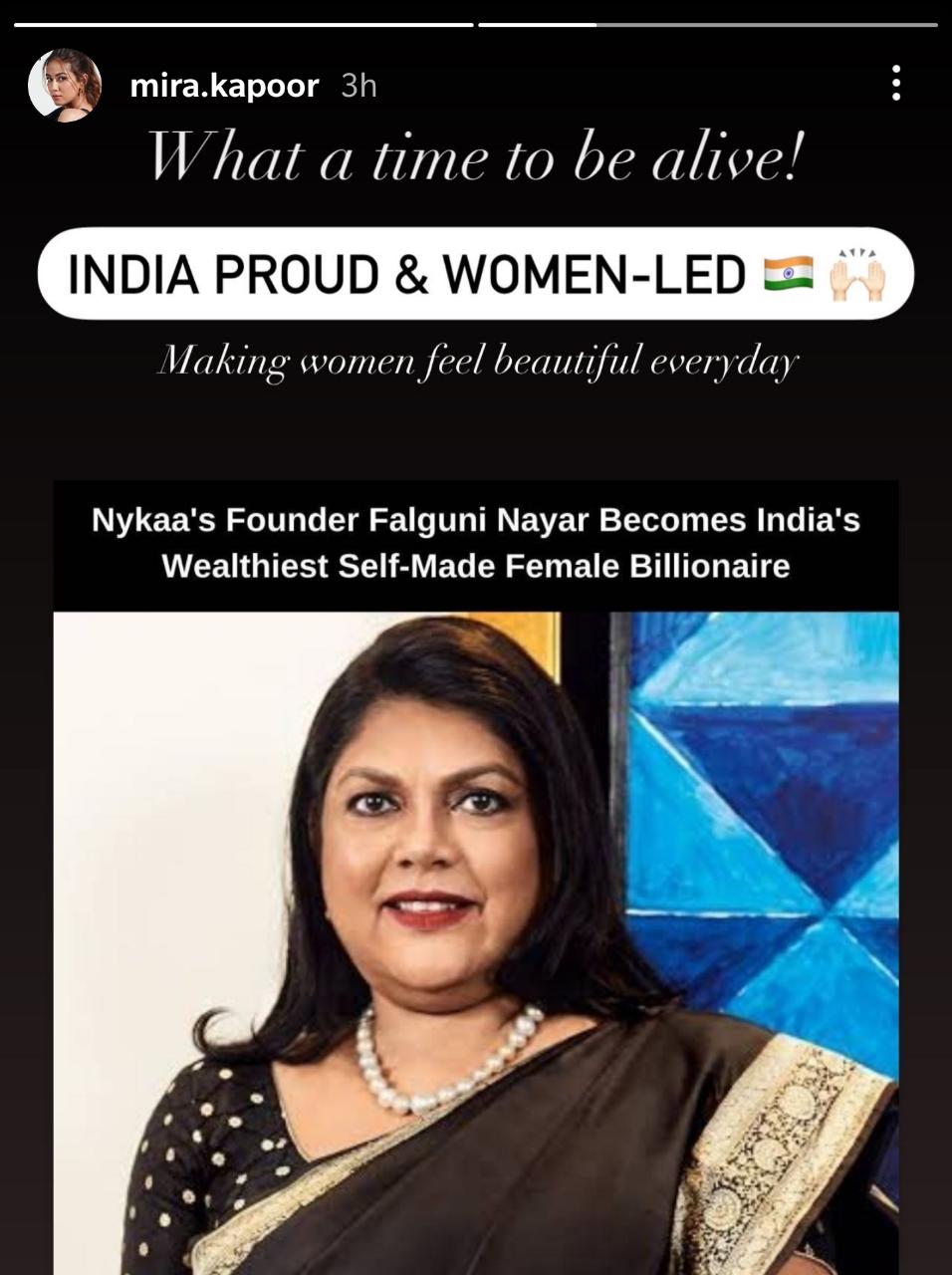 Moments after the markets opened on Wednesday, Nykaa's shares, which were listed on the market were being traded at Rs 2,018. The listing took place at around 80% premium. With Nykaa IPO, FSN E-Commerce Ventures, which is Nykaa's parent entity, became the first woman-led unicorn to hit the Indian stock exchange. The company raised more than Rs 53.5 billion with the listing, making the company’s market cap jump marginally. Nykaa's market cap on Wednesday morning already matched industry giants including Britannia, Godrej and IndiGo.

Bhumi Pednekar was recently in the news after she joined the cast of Arjun Kapoor's The Lady Killer. According to reports by Pinkvilla, the actor will take on the role of the female lead in the romantic thriller, which will be directed by Ajay Bahl. Arjun Kapoor had earlier announced the film and wrote, "Isme Thrill hai. Romance Hai. Emotion Hai. Suspense Hai!!! Presenting to you, #TheLadykiller. A thrilling, nerve-racking love story & my most ambitious film yet. Thank you my director @ajaybahl66 for your belief in me." He also revealed the poster of his upcoming project as he made the announcement.