Bhumi Pednekar has been reimagined as Daenerys Targaryen from 'Game Of Thrones' in an artist's illustration. Read ahead to watch it and know more.

Bhumi Pednekar has been imagined as Daenerys Targaryen in the work of an illustrator in his series. Bhumi was extremely delighted with the artwork and even shared the piece on her feed. The actor also revealed that she is a huge fan of the show and has been following the show for a long time. Fans of Bhumi Pednekar too were delighted to watch her as the Mother of Dragons from the popular Game of Thrones series. The artist, Swapnil Pawar, has created many such illustrations of actors as popular figures and has garnered tremendous praise for his work.

Bhumi Pednekar as Daenerys Targaryen from Game of Thrones

Also Read | When Bhumi Pednekar Shared That She Thinks Ayushmann Likes ‘Coolie No.1’

Sharing the picture, Bhumi Pednekar wrote a caption which was one of the most popular dialogues of Daenerys Targaryen from Game of Thrones. The actor quoted her by saying “I will do what Queens do. I will rule”. Thus fans instantly knew that Bhumi Pednekar too was a huge fan of the show and has followed the popular show through its run. Bhumi Pednekar thanked the artist for his wonderful work and she was truly impressed by the artwork. Bhumi Pednekar also wrote that the time everyone is living in now feels like Winter Is Coming, which again is another popular line from the show. 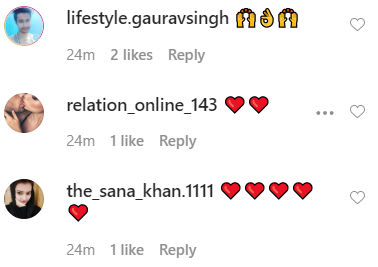 Also Read | Bhumi Pednekar Or Nushrat Bharucha; Whose Pleated Skirt Do You Like Better?

In the picture shared by artist Swapnil Pawar, Bhumi Pednekar has been reimagined as the Dragon Queen. The blue attire and the signature Daenerys Targaryen silver hair can also be spotted in the amazing artwork. The illustration also features a young yet fierce Drogon, one of the three Dragon children of Daenerys Targaryen. Bhumi herself looked quite well in the re-imagined illustration as posted by the artist. Fans were quick to praise both, the artist and Bhumi, for sharing the amazing artwork. Artist Swapnil Pawar has been creating several such artworks on his Instagram page. The series he is working on is called “Just Imagine Series” in which he features several actors reimagined as popular characters from western shows and films. Fans have been enjoying these series and have thoroughly enjoyed his artwork.

On the work front, Bhumi Pednekar will be seen next in Takht. The multi starrer film has been directed by Karan Johar and is expected to release next year in December. She will also be seen in Badhaai Do, Durgavati and Dolly Kitty Aur Woh Chamakte Sitare. The interesting line up of films has made fans of Bhumi Pednekar excited to watch her back on screen once again.

Also Read | Bhumi Pednekar Feels It's Time To 'step Out To Work'; Says 'we Need To Strengthen Economy'

LATEST NEWS
View all
1 hour ago
'Laal Singh Chaddha' release date postponed to Christmas 2021
36 mins ago
Kangana Ranaut shares an appreciation post for authentic Indian women; See post
18 mins ago
Can Rajkummar Rao be perfect as Viju and Pastor Joshua if ‘Trance’ is remade in Bollywood?
18 mins ago
Ishaan Khatter says he is grateful for the 'diversity' in his first two films
48 mins ago
Unseen pic of the day: Baby Sonam Kapoor looks all sorts of cute posing with her aunt