As seen in a recent interactive social media session, Bhumi Pednekar made some shocking revelations behind her name and shared some interesting details.

Bhumi Pednekar has delivered several successful films throughout her career, which have been accepted by critics and have also recorded decent numbers at the box office. Bhumi has seen a significant rise in her career graph in the past few years with her stellar box office records.

Apart from being known as a stellar actor, Bhumi seemingly has a knack for entertaining her fans on social media, as the actor often keeps them updated with her quarantine and throwback pictures. Recently, Bhumi indulged in a fun interactive session with her fans, in which the actor shared an exciting trivia about her name. Here are the details.

Bhumi Pednekar reveals the reason behind her name

Recently, Bhumi took to her Instagram handle to interact with her fans in a ‘question-answer’ session, through which the actor revealed that her name was coined by her father, Satish Pednekar. Speaking about more about her name, Bhumi revealed that her father hoped that she becomes more nurturing and inclusive, as planet earth. Adding to the same, Bhumi also said that she misses her father every day. As per reports, Bhumi’s father, Satish Pednekar passed away on March 24, 2011. 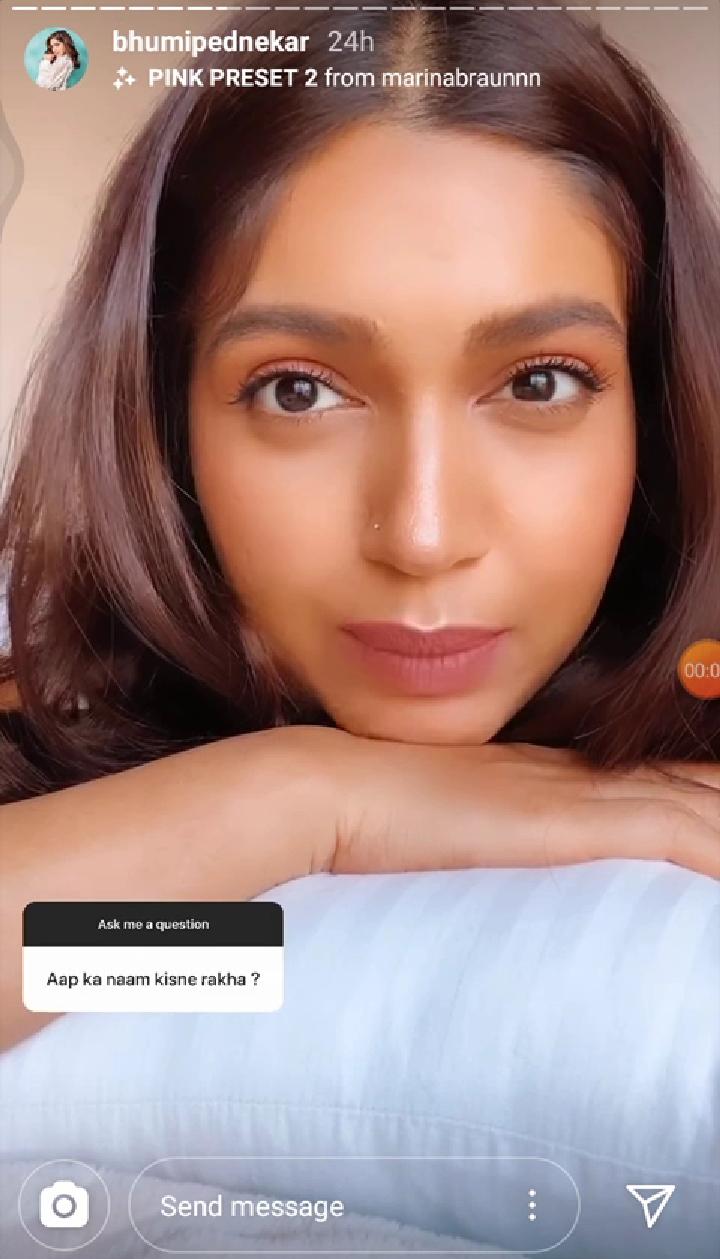 Bhumi, who recently graced the big screen with Bhoot Part One: The Haunted Ship, will be next seen along with Kareena Kapoor Khan, Ranveer Singh, Vicky Kaushal, Janhvi Kapoor and Anil Kapoor in the historical flick, Takht. Directed and bankrolled by Karan Johar, Takht is expected to hit the theatres in 2021. She also has Durgavati in her kitty, which is the Hindi remake of the Anushka Shetty starrer, Bhagamathie.

Starring Vicky Kaushal and bhumi Pednekar in the leading roles, Bhoot- Part One: The Haunted Ship chronicles the thrilling adventures of a man, who is stuck in a haunted ship. Directed by Bhanu Pratap Singh, the much-anticipated movie is bankrolled by Dharma Productions. Take a look at the film's trailer: