Bhushan Kumar expressed his views on celebrities hiking their fees. He even revealed that Kartik Aaryan supported him 'financially' while filming 'Shehzada'. 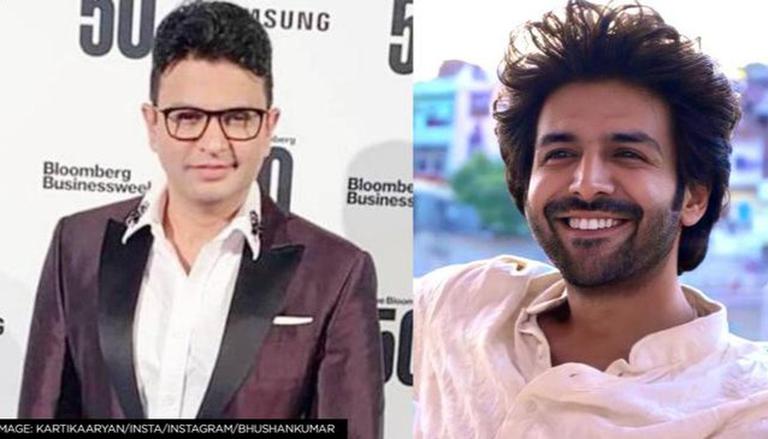 
Bollywood actor Kartik Aaryan is currently basking in the success of his recently released film Bhool Bhulaiyaa 2, which was bankrolled by Bhushan Kumar & Krishan Kumar and helmed by Anees Bazmee. After the success of Kartik and Kiara Advani-starrer, the 31-year-old was embroiled in rumours about hiking his salary to Rs 35-40 crore, but later on, he dismissed it stating that he has been promoted in life and hasn't got any increment.

Famed producer Bhushan Kumar recently expressed his views on celebrities hiking their fees and how it impacts films. He then revealed that Kartik Aaryan supported him 'financially' during the filming of Shehzada.

In a chat with Pinkvilla, Bhushan Kumar opened up about the challenges that film producers have to face owing to the skyrocketing salaries charged by actors. Kumar said that the producers often cut down their budget due to their high fees demand. Speaking about Bhool Bhulaiyaa 2, he said that the result is visible on screen and the actors should charge basis appeal of the film. Citing Aamir Khan as example, the T-Series owner said that the PK star signs a backend deal wherein he earns only if the film works, adding, "After delivering just one successful film, actors hike their fees. But this practice is not good in the long run."

Stating that not every film needs to make Rs 100 crore, Bhushan Kumar said, "Our film, Pati Patni Aur Woh made 92 crores and it’s a Super Hit. Today, Bhool Bhulaiyaa 2 has done Rs 150 crore, but we would have been in a happy space even at Rs 80 to 90 crore. Our next film is Shehzada, and we would want it to do better than Bhool Bhulaiyaa 2, but that isn’t a benchmark, because the finances of that film are different."

Kumar further opened up about how the Pati Patni Aur Woh actor supported him financially during the filming of Shehzada. He said, "Kartik financially stood by us during the turbulent times and hats off to him. Kartik has always been like that. He stood by us and said ‘I’m there for you guys. We will solve this together". Kartik Aaryan's Shehzada, also starring Kriti Sanon, is a remake of Ala Vaikunthapurramuloo.