‘Black’ Child Actor Ayesha Kapur Is All Grown Up, This Is How She Looks Now

Be it Sridevi, Urmila Matondkar or Fatima Sana Shaikh, child actors venturing into the world of glamour as adults is a frequent trend in B-Town, but will that be the case for Ayesha Kapur as well? The actor, who delivered an award-winning performance in Sanjay Leela Bhansali’s ‘Black’ close to 15 years ago, has shot to the limelight once again, courtesy her pictures as a youngster that are going viral on social media.

Back into the spotlight:

Be it chilling by the beach or the pool in a swimsuit and several other ‘photoshoot’-esque snaps that one would find on some of the actresses’ profiles, Ayesha’s Instagram account is a stunning album. 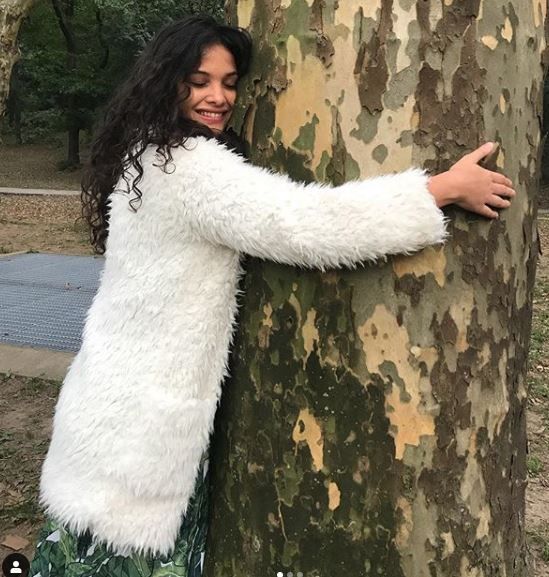 The comment section is filled with praises galore on each of her pics.

With such snaps, it wouldn’t be wrong to assume that Ayesha is Bollywood-ready in terms of her glamour. As far as the acting chops are concerned, being chosen by Sanjay Leela Bhansali, who is known to be taskmaster, and excelling under him shows her potential.

As per reports, Ayesha is now 24 and lives in Puducherry. It wouldn’t come as a surprise if some Bollywood filmmaker approaches her for a film now.

Ayesha had played the role of the younger version of Rani Mukerji’s character Michelle McNally in the movie. She had brilliantly expressed the emotions that an eight-year-old hearing and vision-impaired child went through, notably her venting of her frustration.

While Rani won the Filmfare Best Actress Award, Ayesha had won the award for the Best Supporting Actress.

After ‘Black’, she had also featured in another film, ‘Sikandar,’ produced by Sudhir Mishra and directed by Piyush Jha in 2009.