Bobby Deol gave his fans a nostalgic treat with a black and white throwback picture of him with his father Dharmendra and wife Tanya Deol. 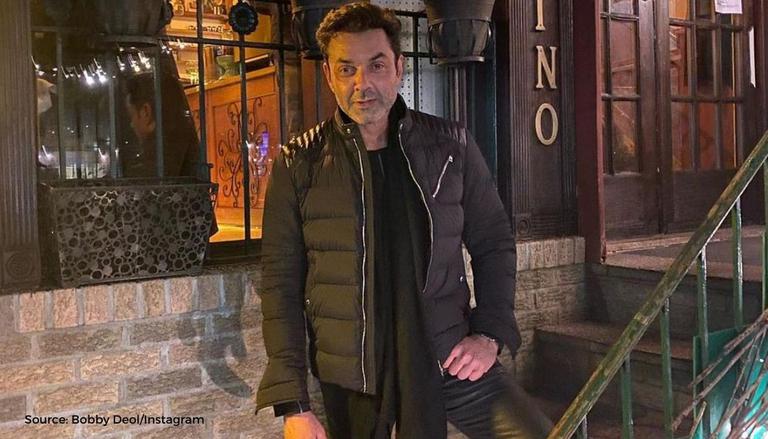 
Actor Bobby Deol recently took to his Instagram handle to post a black and white throwback photo. The picture featured his father Dharmendra and his wife Tanya Deol as they smiled for the photo. The picture seems to be from a few years back and Bobby captioned the post with a simple heart emoji.

Bobby’s fans showered the picture with lots of love. While one fan wrote, “Love you Pajji”, another fan wrote, “Wow, what a beautiful picture… thanks to Bobby sir for this beautiful pic… lots of love”. Bobby Deol’s Instagram is full of childhood photos with his father and his brother. Recently on Dharmendra’s birthday, he posted a black and white picture of the two where a young Bobby can be seen kissing his father on the cheek as Dharmendra holds on to him dearly. The duo was seen donning matching shirts in the photo. Bobby wrote in the post, “Love you Papa ... Happy Birthday.”

Bobby Deol has been quite active on social media and often takes to Instagram to give his fans glimpses of his personal life. Recently he posted a series of pictures with his wife, Tanya, on the occasion of their 25th Anniversary. The photos gave his fans a glimpse of their 25 years of married life. While one of the photos was a throwback to their early days together, there were some photos from their wedding and a more recent one where the pair can be seen hugging each other. Bobby Deol captioned the photo as, “My heart, my soul. you mean the world to me. love you forever and ever. happy 25th anniversary.”

Bobby Deol was one of the leading actors of Bollywood during the late 90s and 2000s. Recently he has made a name for himself again with his highly praised performance in the web series Aashram. He won the Best Actor award at Dadasaheb Phalke International Film Festival for his role in the series. Bobby Deol’s role in the movie Class of '83 was also praised by the audience and critics alike. He will be seen in many upcoming movies like the Netflix film Penthouse which will also feature Arjun Rampal in the lead role. Bobby will play pivotal roles in upcoming films like Love Hostel, Apne 2, and Animal.

READ | Bobby Deol shares unseen pic with wife on 25th anniversary: 'You mean the world to me'