Watch | Cannes 2022: Aishwarya Rai Gets Warm Hug From A Moroccan Fan As She Arrives On Red Carpet

As Aishwarya Rai Bachchan left her fans stunned at Cannes 2022, she was recently spotted sharing a warm hug with a fan along with a cute conversation with him. 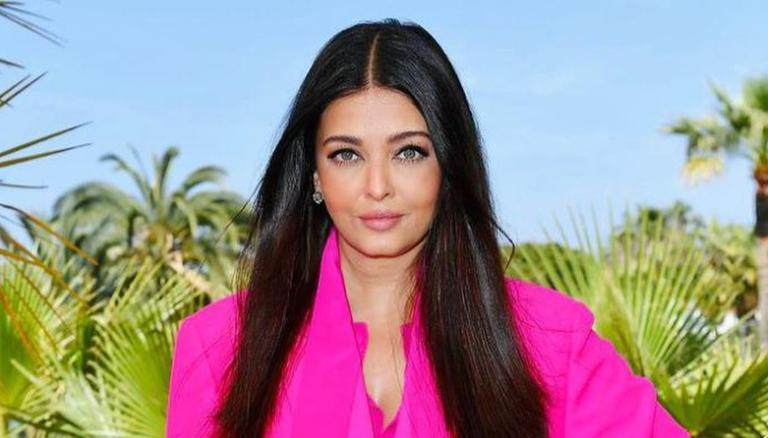 
After leaving fans astonished at Cannes 2022, Aishwarya Rai returned home with her family. Cannes Film Festival 2022 turned out to be a blissful family time for Aishwarya Rai and Abhishek Bachchan as the couple seemingly had a great time with their daughter Aaradhya. Soon after the actor returned home from the event, a video surfaced online giving a glimpse of her interesting banter with a fan she met in France.

A video from Cannes Film Festival 2022 recently surfaced online in which Aishwarya Rai Bachchan was seen signing autographs for her fans waiting for her outside the Cannes 2022 venue. In the video, while she was seen signing the autograph donning a pink outfit and a pair of sunglasses, a fan from Morocco approached her and revealed that she was a huge fan. On the other hand, while she was interacting with the fans, another fan came from nowhere and gave her a warm hug which left everyone in awe. Watch the video ahead-

Actor Aishwarya Rai has been turning heads with her breathtaking sartorial picks on the 75th Cannes film festival red carpet. From stunning floor-length gowns to ruffles, the star has been slaying in every outfit. Now, after posing on the red carpet for two days,  the actor decided to spend some quality family time with Abhishek Bachchan and their daughter Aaradhya. For the outing, Aishwarya chose a pink coat and denim with a sling bag, while Abhishek donned cool casuals. On the other hand, Aaradhya wore a floral frock with a denim jacket as they stepped out to explore the city together.

Earlier, the actor wore a pink Valentino suit for her first outfit of the event. She complimented her outfit with matching high heels and full glam makeup. Moreover, the actor received a grand welcome in France at the airport as she arrived at the French Riviera event.

READ | Aishwarya Rai, Abhishek return home from Cannes with daughter Aaradhya; spotted at airport
READ | Aishwarya a phenomenon in Cannes, had to create magic for her 20th year at festival: Gaurav Gupta