Salman Khan's journey and different shades of life were revealed on Monday as the makers of 'Bharat' released the three-minute long trailer. From an energetic youth to a an old man, Salman Khan's different avatar were quite the talking point in the trailer.

Using the same, Nagpur City Police tweeted a hilarious meme captioning it as: "When you have CCTV surveillance all around the city...#Bharat#SaferBharat #NagpurPolice" [sic]

Here's the tweet after which the Netizens couldn't stop laughing and praised Nagpur City Police for their sense of humour. 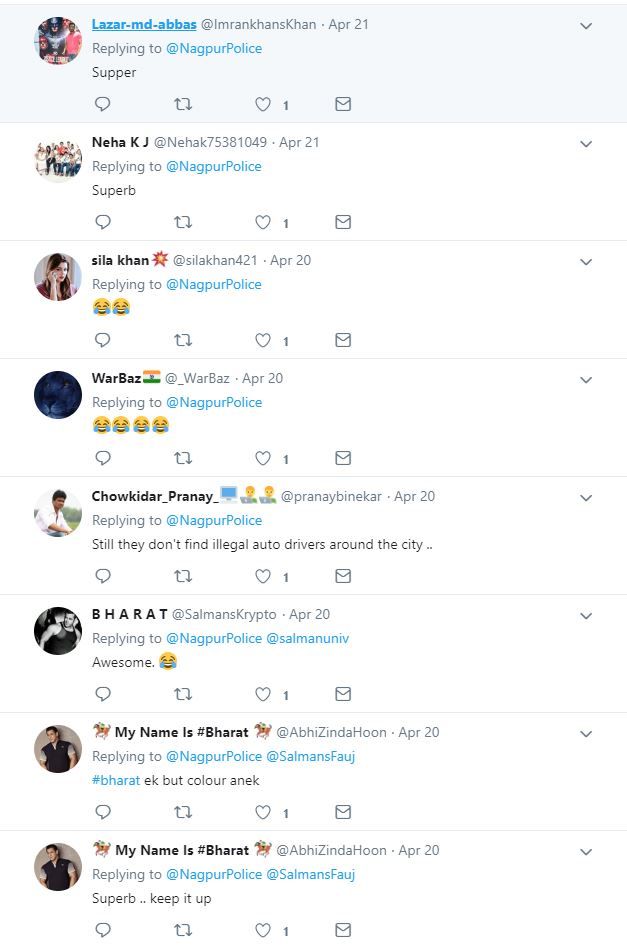 Food blogger Friend: I ate crispy fried bread with a dollop of butter and mashed potato curry with mint

When you write 2 pages For 2 marks answer

If versatility has a face #BharatTrailer #Dabangg3

The trailer of ‘Bharat’ features Salman’s character Bharat and his journey alongside India’s journey of 71 years. From the tumultuous partition, becoming a stylish young bike rider in the circus, then a navy officer to searching for the answers even in old age, Bharat’s journey is filled with love, action and drama and numerous characters like Disha Patani, Katrina Kaif, Jackie Shroff and Nora Fatehi.