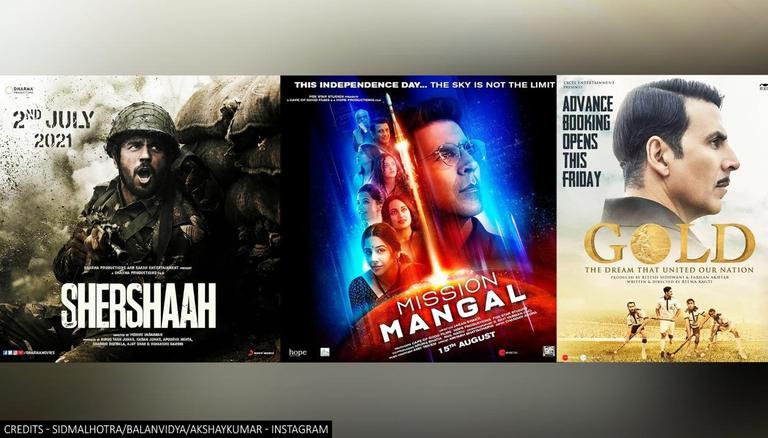 The film was released worldwide on 10 August 2007, coinciding with India's 60th Independence Day. The film was also screened in New Delhi on 17 August 2016, as part of the week-long Independence Day Film Festival. The movie tells a fictional story about the Indian women's national field hockey team, which was inspired by the team's win at the 2002 Commonwealth Games, and explores themes such as feminism and sexism, the legacy of the partition of India, racial and religious bigotry, and ethnic and regional prejudice.

The film was released on 11 August 2017 and is a satirical comedy in support of governmental campaigns to improve sanitation conditions in India, with an emphasis on the eradication of open defecation, especially in rural areas. The film stars Akshay Kumar and Bhumi Pednekar in the lead roles, with Anupam Kher, Sudhir Pandey and Divyendu Sharma in supporting roles. The film was a commercial success, becoming Akshay Kumar's highest-grossing film all time and highest grosser worldwide too.

Gold was theatrically released in India on 15 August 2018, India's Independence Day. based on the journey of India's first national hockey team to the 1948 Summer Olympics and stars Akshay Kumar as Tapan Das, the man who won India its first gold medal in the 1948 Summer Olympics. The movie was a critical and commercial success at the time of its release.

The movie was released on Independence Day in 2014 and was a sequel to Singham. The movie was inspired by the Malayalam film Ekalavyan and featured Ajay Devgn and Kareena Kapoor in the lead. Singham Returns broke various opening day records and was a widespread success

The movie was theatrically released on 12 August 2016 and featured Akshay Kumar in the lead role alongside  Ileana D'Cruz. The film is loosely based on the K. M. Nanavati v. State of Maharashtra court case and narrates the story of a Naval Officer whose wife has an extramarital affair with a businessman.

7. Bhuj: The Pride of India

The film was slated for theatrical release worldwide on 14 August 2020 during the Independence Day weekend but was later released on August 13, 2021, on Disney+ Hotstar.  The movie is set during the Indo-Pakistani War of 1971, it is about the life of IAF Squadron Leader Vijay Karnik, played by Ajay Devgn, the then in charge of the Bhuj Airport. Karnik, with his team, reconstructed the IAF airbase with the help of 300 women from the local village of Madhapar.

The movie was released on Amazon Prime Video on August 12, 2021. Shershaah is a biographical war film directed by Vishnuvardhan based on the life of Param Vir Chakra awardee Army Captain Vikram Batra. Captain Batra led one of the toughest operations in mountain warfare in Indian history. He was often referred to as 'Sher Shah' (Lion King) in the intercepted messages of the Pakistan Army. The movie features Sidharth Malhotra playing the role of Captain Batra.