Deepika Padukone's latest picture grid on her Instagram handle is what class and elegance look like. Giving us the late 60's vibe, the netizens are comparing the actress with former First Lady of United States, Jacqueline Kennedy, who was known for her style and the one who influenced generations of women by giving us a glimpse of what American royalty really looks like.

READ | MUST SEE: Deepika Padukone's Rib-tickling Take On Bollywood Films In This Latest Video Will Leave You Laughing Out Loud

Shot for Vogue Magazine US April 2019 edition, Padukone looks stunning in a black bow tie dress. Deepika Padukone has time and again proved that her sense of style is every bit regal. 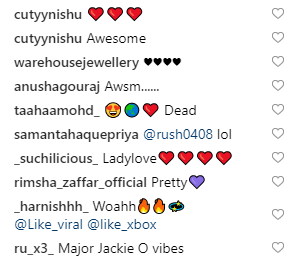 Deepika Padukone was in London on Thursday to unveil her wax statue at Madame Tussauds, London.  When asked if she would want to join the Marvel Universe, she said: “I mean I’d say Indian origin. So whether it’s Marvel or whether it’s Avengers, or you know, any of these iconic characters that we’ve seen the in cinema, I think it would be very interesting. I think the world is ready for it, to see one of these superheroes, one that originates from India. I believe it will happen soon. I know it will."

Deepika featured on the cover along with Avengers star Scarlett Johansson and South Korea actor Doona Bae. She looked ravishing and refreshing in a floral gown with a tiara. The publication also released a video on Friday morning where Deepika was seen talking about a typical storyline a movie follows in India. Describing what a typical Bollywood film would be like, Padukone can be heard saying, "The boy and girl meet, and when they look at each other there's like electricity, and they fall in love and all of a sudden, the bad guy enters and he is ready to destroy their future." (sic)