'Classy, Sassy And Kind', Sonam Kapoor Has All The Nice Things To Say On Alia Bhatt's Birthday

Sonam Kapoor calls Alia Bhatt 'classy' in her special wish for the actress on her birthday. Check out the post -

Remember when Alia Bhatt made a lot of heads turn at Sonam Kapoor and Anand Ahuja's wedding reception? Why? Well, because she entered the green carpet with beau Ranbir Kapoor and believe us, the couple looked spectacular together. 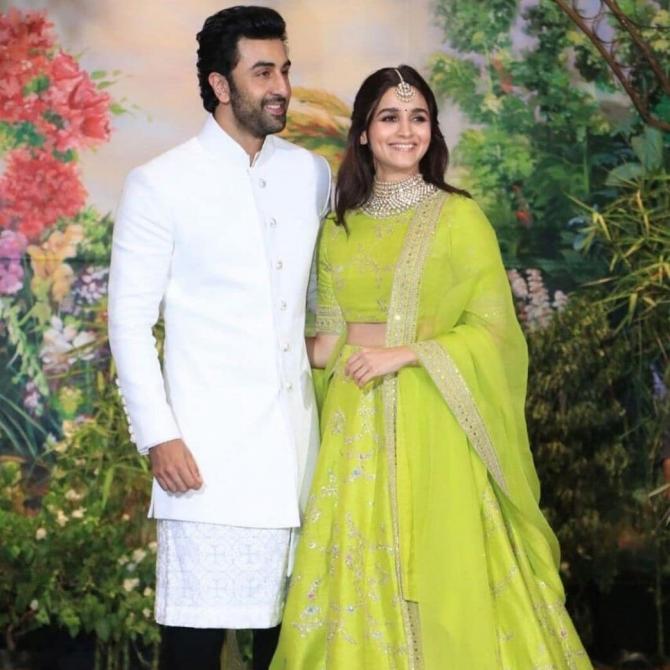 As Alia turns 26 on March 15, Sonam Kapoor took to her Instagram handle to wish the 'Raazi' actress on her special day. She wrote: "Happy Happy birthday dear Alia Bhatt. Your's classy, sassy and kind. That's more important than all the talent in the world which you have in spades. All my love." (with a heart emoji) 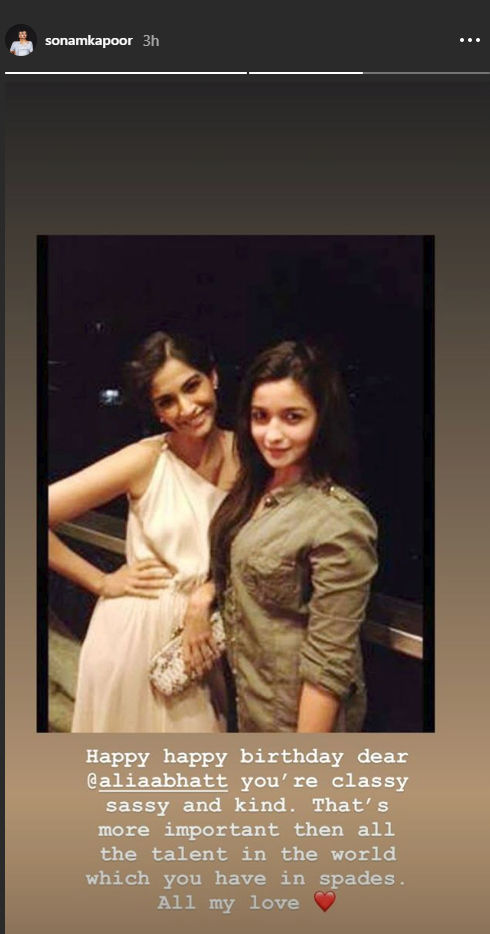 Talking about Sonam and Alia, In one of the interviews, the birthday girl said: "I am genuinely fond of Sonam; I think she is very cool. She is outspoken, and sets a great example for modern-day girls. So, I am proud and happy for her; now she isn’t just known for her great sense of fashion, but also for a great film, in which she performed exceptionally well."

Alia's 'Kalank' co-star Varun Dhawan too shared a new poster of hers from the film and wished Alia a very happy birthday.

On the work front, Sonam Kapoor was last seen in 'Ek Ladki Ko Dekha Toh Aisa Laga', where she played Anil Kapoor's daughter, sharing the screen space for the first time with her father.