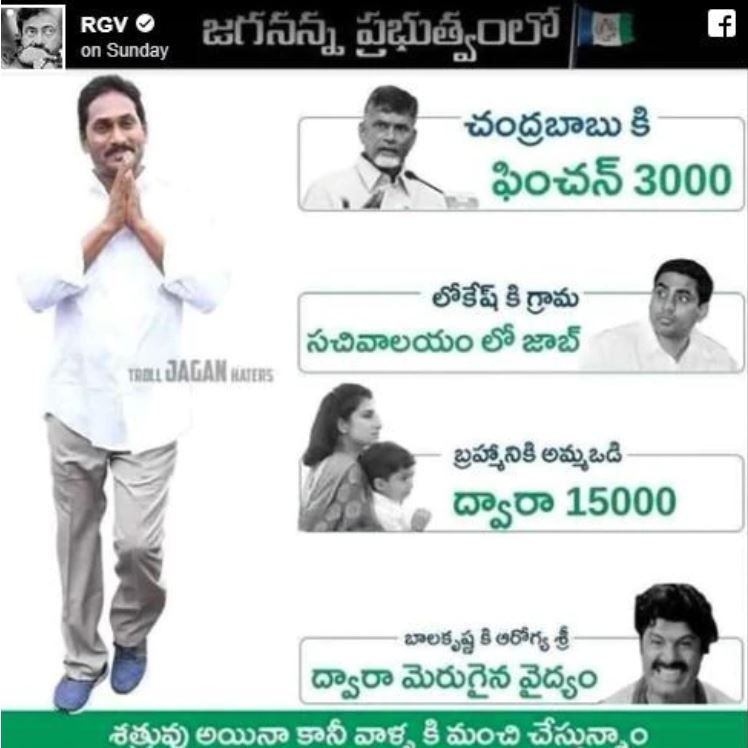 Speaking to a news portal, the activist said that the director had posted them on social media and that step is provocative. He further stated that Ram Gopal Varma's acts are disturbing the law and order situation in Andhra Pradesh, and that police has responded positively and so the action will be taken against him very soon.

A police official said that the complainant alleged that RGV had posted a morphed photo of Naidu on his social media account, with demeaning comments.