'Kabir Singh' actress Kiara Advani's latest outfit that she wore for the film's promotions is under the spotlight for all the wrong reasons.

'Kabir Singh' actress Kiara Advani's latest outfit that she wore for the film's promotions is under the spotlight for all the wrong reasons.

Fashion critic Diet Sabya took to her Instagram handle and exposed the truth behind her 'Gandi copy' outfit. An all-white outfit with multiple thigh-high slits worn by Kiara is a Thurley rip-off by Purple Paisely and was worn by Grand Hotel star Roselyn Sanchez a few days back. The caption said: "Copy to first class hain, kasam se." (reference to Kiara's song from the film 'Kalank')

Many fans agreed with Diet Sabya and also pointed out that Purple Paisley had disabled the comment section on their Instagram handle. The original outfit by Thurley is from their Resort Wear 2018-2019 collection launched 31 weeks before. 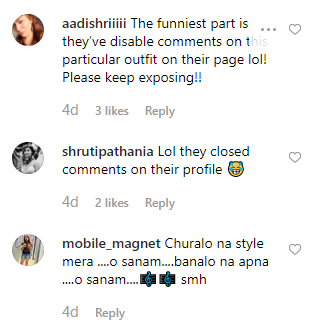 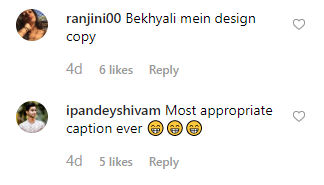 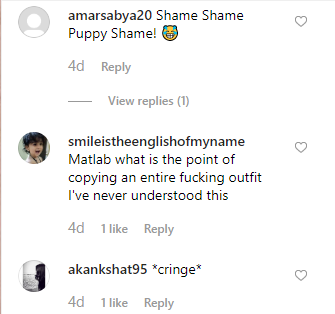 Meanwhile, on the professional front, Kiara Advani's latest outing 'Kabir Singh', co-starring Shahid Kapoor, is continuing its winning streak at the box office. After earning Rs 20.21 crore on its first day to become the biggest opener for both the actors, the film achieved another feat by crossing the Rs. 50 crore mark in just three days of its run.

The film has managed to rake in Rs.70. 83 crore till now. Indian film critic and trade analyst Taran Adarsh shared the box office collection of the film on his Twitter handle.

'Kabir Singh', which released on 3123 screens across the country, is unstoppable. As of now, it is the fourth biggest Hindi opener at the box office, and the only one to not release on a holiday.