‘Deep6’ To Get World Premiere At Busan International Film Festival 2021

Tillotama Shome starrer ‘Deep6’ will get its world premiere at Busan International Film Festival 2021, which will commence on October 6. 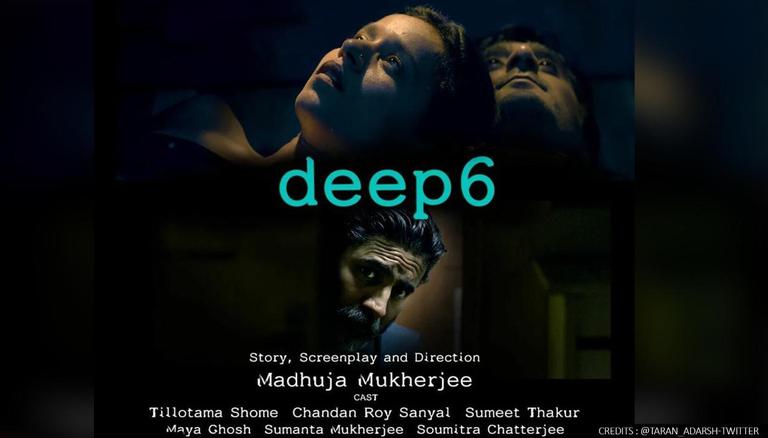 
Deep6 is gearing up for its world premiere at the Busan International Film Festival this year. Directed by Madhuja Mukherjee, the film stars an ensemble cast including Tillotama Shome, Chandan Roy Sanyal, Sumeet Thakur, Maya Ghosh, Sumanta Mukherjee and Soumitra Chatterjee. The 26th edition of the Busan International Film Festival will take place from October 6 to October 15.

Set in Kolkata in 2011, the film will be screened in the ‘A Window on Asian Cinema’ section. Deep6 was produced by Shoojit Sircar and Ronnie Lahiri of Rising Sun Pvt Ltd. Best known for her work in Netflix’s 2018 Sir, Tillotama Shome is elated about the world premiere of  Deep6. Mentioning she was ‘delighted’, she shared the film poster and gave her fans and followers the happy news. She wrote, “Delighted to share the news that #deep6 a film by Madhuja Mukherjee will have its world premiere at the prestigious 26th edition of the @busanfilmfest (A window to Asian cinema)”. Tillotama Shome was nominated for Best Supporting Actress at the 63rd Filmfare Awards for her role in A Death in the Gunj.

In an interview, producer Shoojit Sircar mentioned that he was ‘elated and honoured’ to have Deep6 premiere internationally. Chandan Roy Sanyal also took to Instagram to celebrate his first Busan International Film Festival. He also mentioned that he had the chance to work with the late actor Soumitra Chatterjee, whom he referred to as ‘legendary’.

Being one of the most significant film festivals in Asia, the Busan International Film Festival will be adding a new section called 'On Screen'. This new section will showcase the much-anticipated titles that will soon be released on online streaming giants. The team behind the film festival recently announced that it would be including TV and web series too.

Some of the series that will feature at the festival include Yeon Sang-ho’s supernatural series titled Hellbound. The series will see Yoo Ah-in, Park Jung-min, Won Jin-ah, and Kim Hyun-Joo take on pivotal roles. Netflix crime thriller, My Name, which will revolve around a woman’s quest to avenge her father’s death will also feature at the festival. Anucha Boonywatana and Josh Kim’s Forbidden will premiere at the film festival too.