Deepika Padukone's Pictures With Ranbir Kapoor's Parents Rishi And Neetu Kapoor Get The Most Innocuous Reaction From Alia Bhatt. Here It Is

Former actress and Ranbir's mother Neetu shared loving pictures of them with Deepika on Instagram, as he captioned the post saying, "Such a fun evening with adorable @deepikapadukone .. gave a lot of love n warmth 😍🥰"

Such a fun evening with adorable @deepikapadukone .. gave lot of love n warmth 😍🥰

While Ranbir's sister Riddhima Kapoor Sahani was one of the first to react to the post, Deepika also later extended a heartwarming message to the veteran Bollywood couple. She commented on the post saying, "Thank You both for such a fun, memorable evening! To good health, happiness, peace of mind and many many more laughs...🍾🥂❤️" 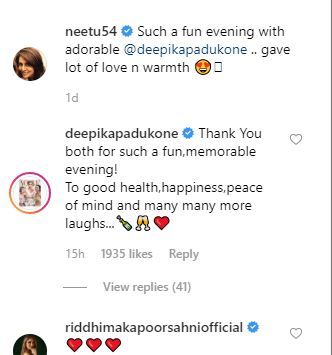 The post has drawn several eyeballs as people can't stop discussing the relation shared by the much-celebrated exes. Defying all rumors of cold vibes, the post proves that the 'Piku' actress shares a warm and friendly equation with Ranbir Kapoor and his family.

That amazing feeling in your lows when there is Positivity 💃🏻Happiness 😁Love 🥰 and that Wink 😜!!!! 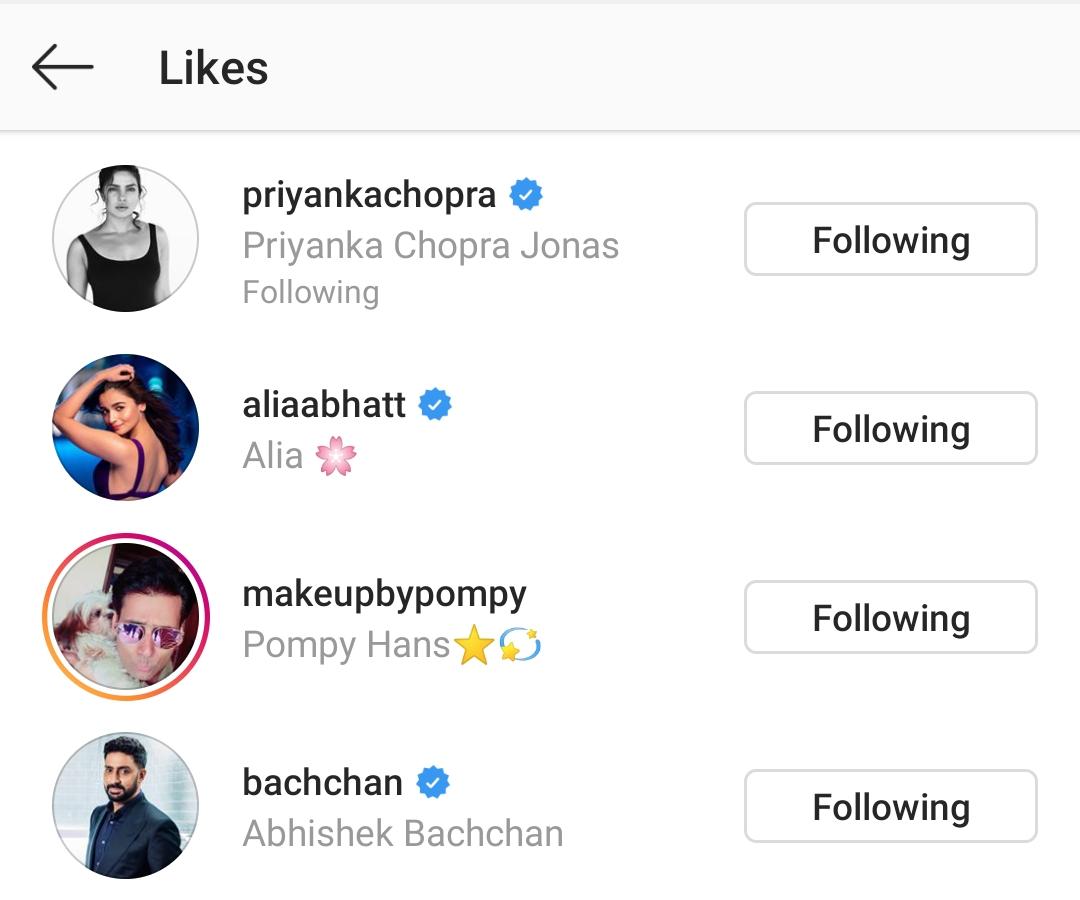 Both the celebrated Bollywood pairs Deepika-Ranveer and Alia-Ranbir are known to share a very warm and healthy relationship. In fact, all four of them were seen bonding well in a recent award ceremony.  Deepika Padukone and Alia Bhatt had also appeared together on Karan Johar's Koffee With Karan 6's first episode.

Meanwhile, Alia is also known to be very close to Ranbir's family- Rishi, Neetu, and Riddhima Kapoor as they are often seen celebrating occasions together.

PEOPLE HAVE PLEDGED SO FAR
'Stark and Parker reunited': This BTS video from 'Avengers: Endgame' where Iron Man finally meets Spider-Man is a certified tearjerker
Brett Lee bowls for Salman Khan and Katrina Kaif's 'Bharat', here's what he said
WATCH: Rakhi Sawant spots a trespasser without passport inside Mumbai international airport. Here's what she did next
Bhumi Pednekar's photos in stunning bright-colored attires
Disha Patani's side flip video goes viral on social media; Watch
'Shubh Mangal Zyada Saavdhan': Ayushmann Khurrana's film gets a Thumbs Up from moviegoers
Bipasha Basu & Karan Singh Grover's 'monkey love' in Maldives is unmissable, see pics
Hrithik Roshan talks about his role model & there is so much to learn from his answer!
DO NOT MISS
AZAD: 'WILL PAY FOR EVERY CRIME'
YOGI, RUPANI SNUBBED AFTER KEJRIWAL
CONGRESS QUESTIONS SENA ON CAA-NPR
SISTER LUCY LAUDS VICTIM'S COURAGE
HRITHIK & FAMILY'S MAHASHIVRATRI
PM MODI ON GENDER JUSTICE