Dharmendra took to his Twitter handle to share a picture with Dilip Kumar's body. He revealed what Saira Banu told him, seeing Dilip Kumar's mortal remains. 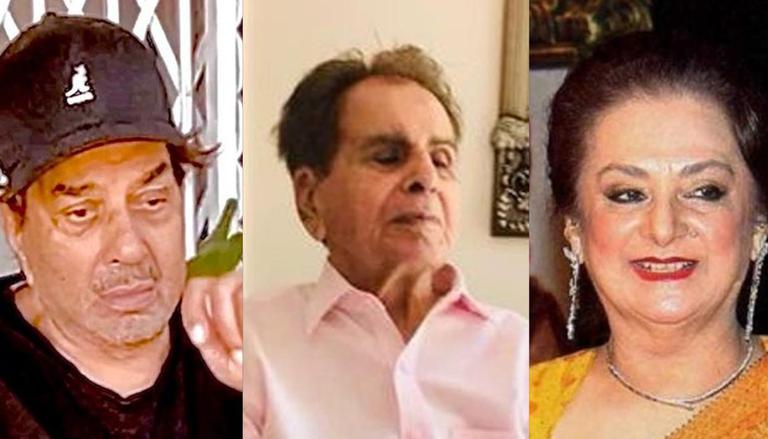 
Veteran actor Dilip Kumar passed away on July 7, 2021, at the age of 98 in Mumbai. His friends and family paid their last respects to the late actor at his Mumbai home. Several Bollywood celebs extended their heartfelt gratitude to Dilip Kumar's wife and former actor Saira Banu. Dharmendra was also present at Dilip Kumar's home, where he consoled Saira. The Sholay actor recently revealed what Saira Banu told him that deeply shook him from within.

Dharmendra recently took to his Twitter handle to share a picture with Dilip Kumar's body. In the caption, he revealed what Saira Banu told him before Dilip Kumar's burial ceremony. The Ankhen actor wrote, "Saira ne jab kaha. “ Dharam , dekho Sahab ne paplak jhapki hai “ Dosto , jaan nikal gai meri. Maalik mere pyaare bhai ko jannat naseeb kare". His tweet translates to, "When Saira said, "Look Dharam, Sahab has closed his eyes", I was deeply shaken. I hope my brother rests in peace". Dharmendra further wrote, "Dosto , mujhe dikhwa nahin aata lekin main apne jazbaat par qaaboo bhi nahin paata . Apne samajh ke kah jaata hoon ...", which translates to, "Friends, I do not know how to show off, but I cannot control my emotions. I say what I feel as I treat everyone as my own.".

Dharmendra pays tribute to the Legend

Following the demise of Dilip Kumar, the Yamla Pagla Deewana actor took to his social media handles to pay tribute to the late actor. He shared a photo with Dilip Kumar, in which the veteran actor was kissing Dharmendra on his cheek. In the caption, the Apne actor wrote, "Extremely sad , to loose my most affectionate brother in the industry. Jannat naseeb ho hamare Dalip Sahab ko". Dharmendra also told ANI how deeply saddened he was due to Dilip Kumar's demise. He said, "I have lost my brother today. I will live with his memories in my heart.". Dharmendra and Dilip Kumar have co-starred in films Paari (1966), Anokha Milan (1972) and Jwar Bhata (1973).