Manoj Bajpayee, Neena Gupta, Sakshi Tanwar crime-thriller movie 'Dial 100' to be released on an OTT platform. Makers of the movie talk about the film. 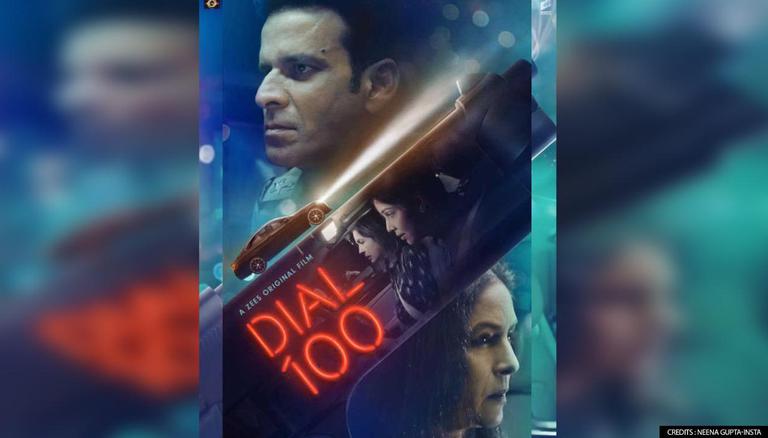 Manoj Bajpayee took to his Instagram and shared the poster of the movie. While sharing the poster he wrote "et ready to witness a gripping thriller about one call and one night that will change lives forever. Watch me in #Dial100, releasing this August only on #Zee5." Another cast member Neena Gupta also shared the same poster on her Instagram handle.

Speaking about the upcoming movie, director Rensil D'Silva said, "Dial 100 is a fast-paced, edge of the seat, thriller film which unfolds in one night. This movie would not have been the same without the involvement of the powerhouse star cast and I am so glad that we were able to do this together. The movie with its many twists is sure to surprise the audience and keep them enthralled from start to end".

Producer Siddharth P Malhotra, Alchemy Films also shared his excitement about the new project. Thrilled to partner with ZEE5 and Sony Pictures Film India, he shared, "The movie's script was one of its most powerful elements which have been executed even more beautifully by the cast and crew, taking the movie a notch up".

On the work front, Manoj Bajpayee was seen in the spy action drama web series The Family Man 2. The series received widespread acclaim and is renewed for season 3. Bajpayee was also seen in the anthology mini web series Ray based on the works of Satyajit Ray. Meanwhile, Neena Gupta was last seen on screen in the comedy-drama film Sardar Ka Grandson, she played the role of Arjun Kapoor's grandmother. Sakshi Tanwar was last seen on screen in the web series Mission Over Mars. The series focuses on four feminist scientists who through their brilliance and dedication chart the journey of Indian Space Agency's Mars Orbiter Mission.