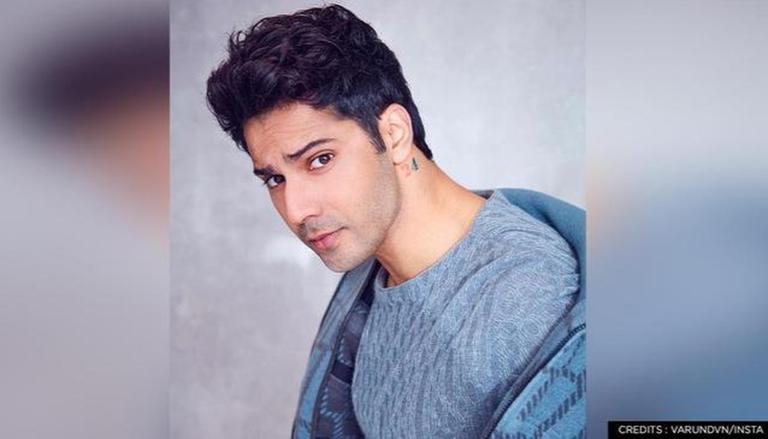 
Bollywood actor Varun Dhawan, recently, took to his official Instagram handle and shared a snap of his breakfast bowl. The picture showed that Dhawan was enjoying a scrumptious bowl of cereal with milk to start his new day. The Badlapur actor poked fun at celebrities who are holidaying in the Maldives as he mentioned that he was not in the Maldives.

The actor is apparently enjoying his holiday with his wife Natasha Dalal in Goa. Take a look at his snap. 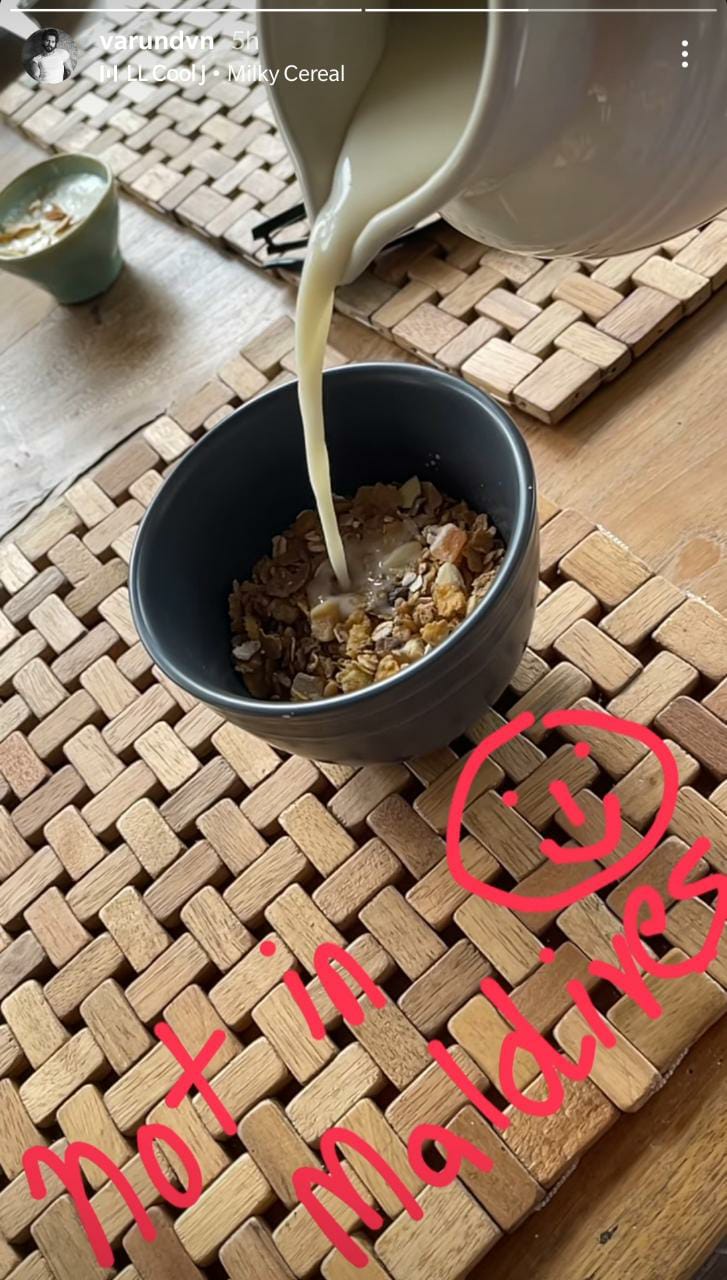 Kareena Kapoor Khan is vacationing with her husband Saif Ali Khan and kids Taimur Ali Khan and Jeh Ali Khan. The Veere Di Wedding star has been treating her fans with snaps from her vacation. The Coolie No. 1 star Varun Dhawan takes a dig at the actors as he shared a picture of his breakfast bowl of cereal. A jug from which milk is being poured is also visible, however, Dhawan is missing in the picture. Sharing the snap, Dhawan wrote, "Not in Maldives (sic)."

It appears that Dhawan is holidaying in Goa currently. A restaurant named Pousada by the Beach in Goa took to their Insta handle and dropped a boomerang video featuring the Kalank actor. In the video, Varun can be seen greeting their pet dog named Chai. A woman wearing red bangles (face not visible) is also seen petting the dog. Several hashtags added in the post hint that it could be the actor's wife, Natasha Dalal. The caption of the post read, "Chai meets Varun Dhawan again @pousadabythebeachgoa. @varundvn @natashadalal88 #varundhawan."

READ | Varun Dhawan condoles Sidharth Shukla's demise; 'Heaven has gained a star and we lost one'

A post shared by Pousada By The Beach (@pousadabythebeachgoa)

Recently, Dhawan dropped several snaps featuring himself and Dalal. The celebrity couple can be seen enjoying a drink together. As for the caption, the Student of the Year actor wrote, "The only way I know I’m alive." Many fans and followers dropped red hearts and heart-eyed face emoticons on the post.

Dhawan tied the knot with his longtime girlfriend, Dalal, earlier this year in the month of January in an intimate ceremony. The wedding was attended by just immediate family and a handful of industry friends. After the official union, Dhawan dropped a series of pictures and wrote, "Life long love just became official."

Later in the month of March, the actor also shared a pair of adorable pictures with Dhawan. He captioned it, "Not on a honeymoon."

Meanwhile, for the unversed, post his wedding, Dhawan left for Arunachal Pradesh to shoot for his upcoming film, Bhediya. The film also features Kriti Sanon in the lead role. Through their stay, Dhawan has been treating his fans and followers with pictures and videos.

WE RECOMMEND
Kartik Aaryan's cryptic post with Rohit Dhawan reveals major update about 'Shehzada'?
Varun Dhawan recently teased that he has locked the date for a 'special' project
Varun Dhawan shares adorable pic with wife Natasha, says 'The only way I know I’m alive'
Varun Dhawan condoles Sidharth Shukla's demise; 'Heaven has gained a star and we lost one'
Varun Dhawan posts Mumbai's chaotic street clip, disappointed over cinema halls being shut
Listen to the latest songs, only on JioSaavn.com